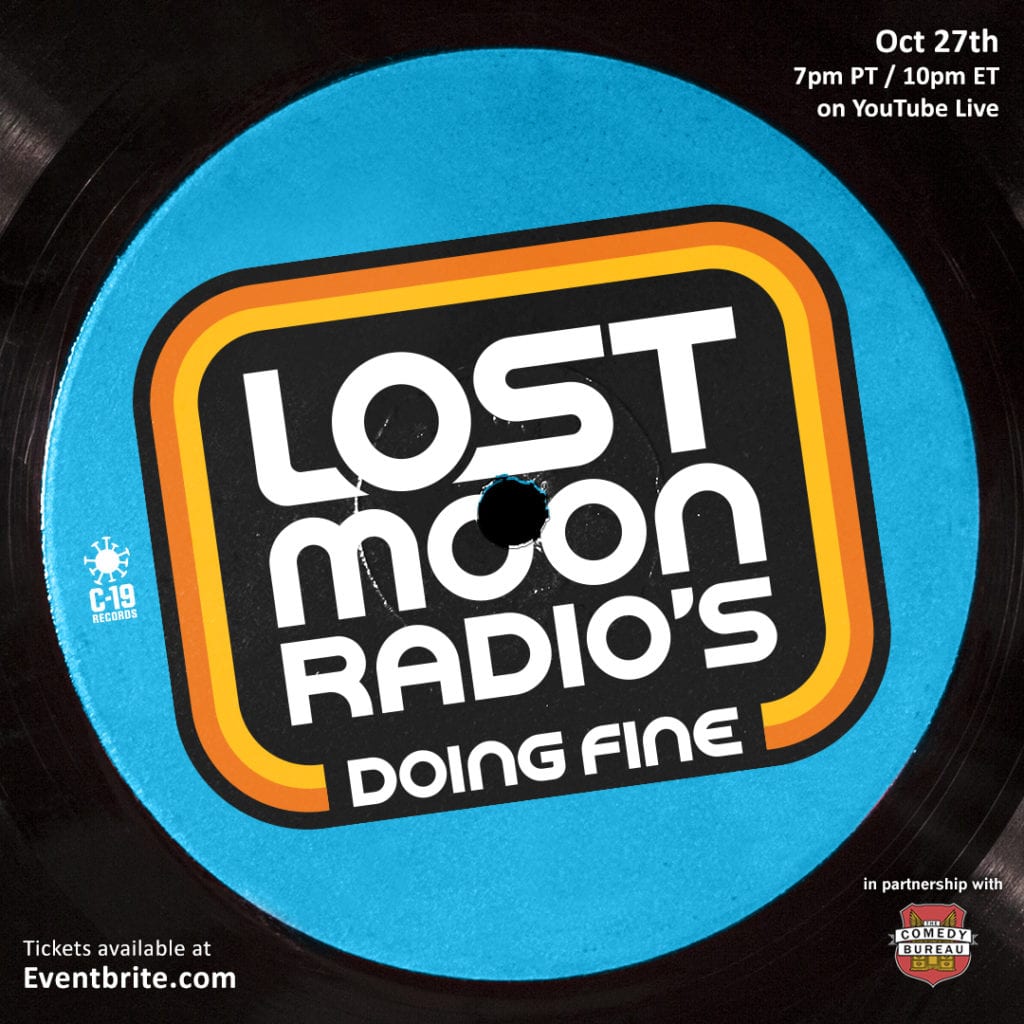 October 21, 2020 News a place called home, live comedy, lost moon radio, musical comedy, sketch comedy
Running for just a tad bit longer than us here at TCB, the musical sketch comedy extravaganza that is Lost Moon Radio has been one of our favorite comedy troupes during our entire tenure as a bureau of comedy. Their highly inventive, innovative way to present finely crafted comedy that’s intellectually satisfying, gutturally funny, and even emotionally resonant really captivated us from the first time that we saw them several years ago down at Cafe Fais Do-Do.
That’s why we’re very proud to be partnering with them to present their very first virtual show, done out of safety due to the COVID-19 pandemic, aptly titled, Lost Moon Radio’s Doing Fine. Per usual there will be Lost Moon Radio‘s splendidly curated batch of bits and songs, but it’ll be done all over YouTube Live. It will be quite the feat considering that they always have quite a sizable cast and always feature a grand, live band at every one of their shows.
On top of all of that, a portion of the profits for the show go to the wonderful local org A Place Called Home. They are dedicated to providing crucial arts and after school programs for the youth of South LA.

YouTube link will be sent to e-mail after donating ($10-$20 suggested). Get on those tickets right now right here.