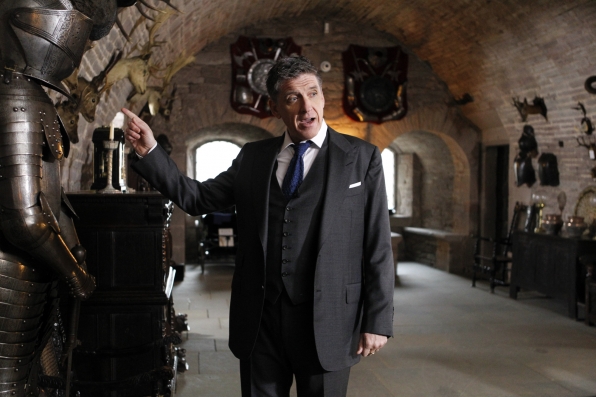 One of the few late night hosts to actually venture outside of their studios this year with their entire show, Craig Ferguson is having The Late Late Show in Scotland. Going from town to town back in his home country including his hometown of Cumbernauld (though it sounds like a name Craig would make up, it probably isn’t), Ferguson will have the likes of Mila Kunis, Rashida Jones, David Sedaris, and more to get weird in the Highlands every night this week.

The Late Late Show with Craig Ferguson airs on CBS 12:35AM following Letterman.