The Last Book on the Left, The First Book from The Last Podcast on the Left Is Out Now 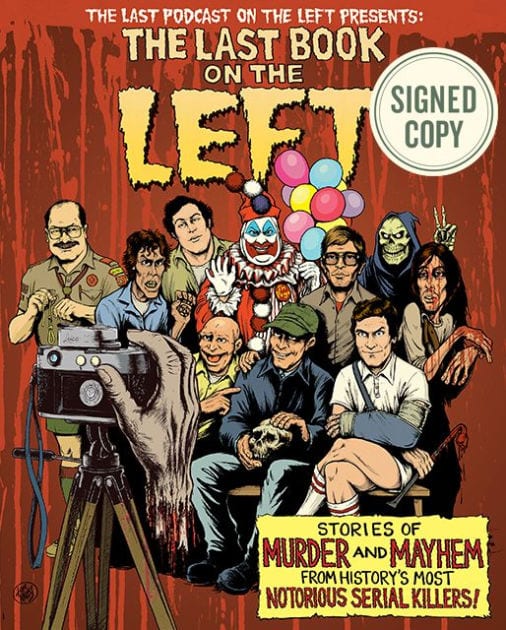 The allure of true crime and comedy intersecting rarely gets better than The Last Podcast on the Left. Over years and years, Marcus Parks, Ben Kissel, and Henry Zebrowski have built a veritable The Last Podcast on the Left empire. This includes touring internationally, producing and releasing live specials, doing a separate live-stream show (and that was way before everyone was doing it like they are now) Last Stream on the Left, and even birthed their very own podcast network from it.

So, the idea of the Last Podcast on the Left boys writing a book not only seemed like an inevitability, but something that we’d very much want to dive into and thankfully the day has arrived. As of yesterday, The Last Book on the Left: Stories of Murder and Mayhem from History’s Most Notorious Serial Killers, officially got released. There is still an accompanying book tour, but it has just been postponed to August as several of the dates ended up taking place right now when nearly everyone in America seems to be on lockdown.

The book, which will actually be the first in a series, revisits some of the most heinous murderers that have ever been while injecting Last Podcast’s signature rambunctious gallows humor that have gained them an unshakeable legion of fans. Whether you’ve gotten back into reading or were already an avid reader and a fan of this podcast or a fan of just true crime, it should definitely be the next thing you pick up after you get all of your essential purchases out of the way.