Pick of the Day: Hollywood Quars 6/4 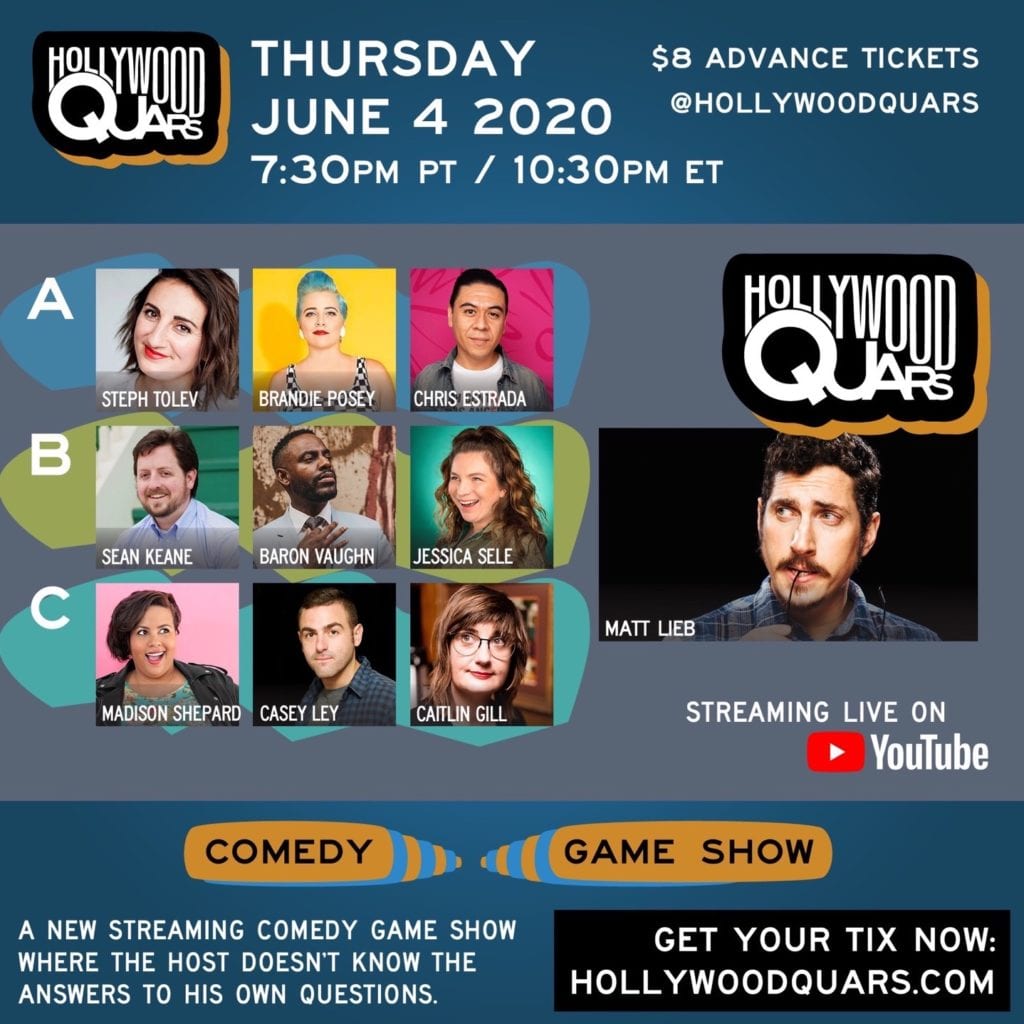 This brand new, weekly comedy game show, Hollywood Quars, hosted by Matt Lieb, takes trivia to a whole new level as both the contestants AND the host don’t know the answers to the questions (even when the host wrote them). It’s up to a really great line-up of comedians to make it seem like their answer is the best (or maybe even actually right?).

Also, we gotta say, having gotten a sneak peak, this very well might be one of the slickest looking comedy game shows done via live-stream.

By the way, they’ll be raising money for Minnesota Freedom Fund (which, due to so much support, is distributing funds to other worthy causes)

Tickets are $8 if you snag them right now and you can (and very much should) go get them here.