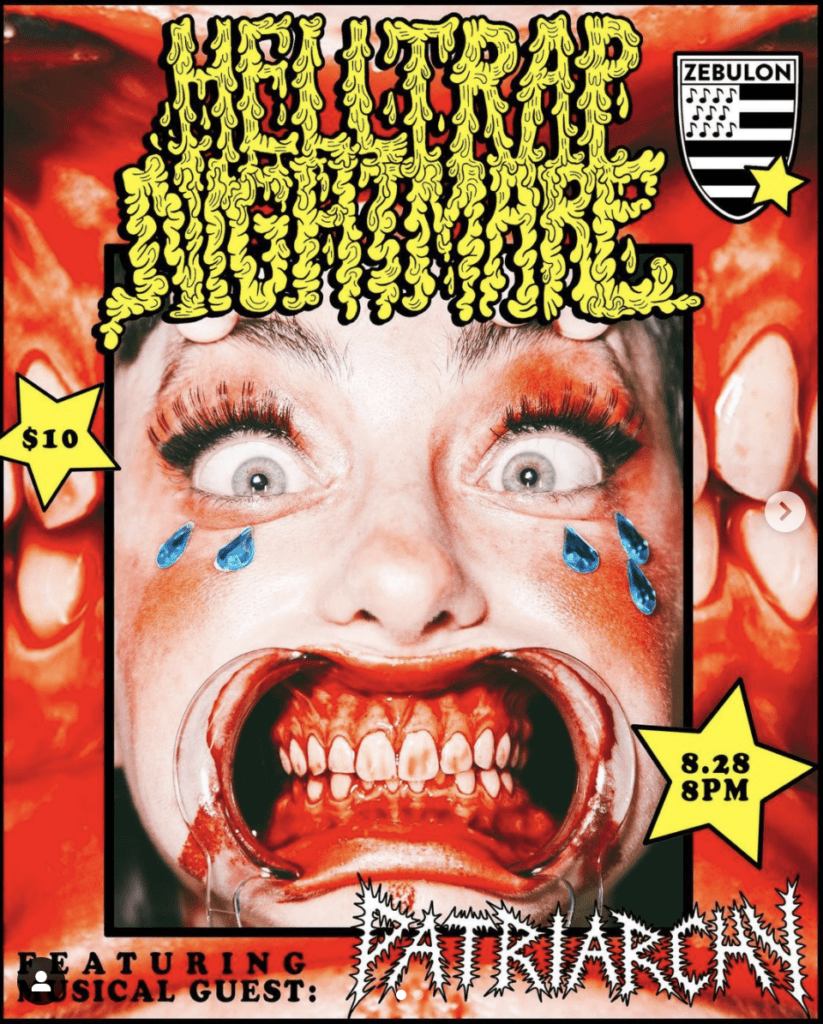 THE world’s premier horror comedy extravaganza known as HELLTRAP NIGHTMARE is crawling out from the cocoon it has been quarantining in and putting up its first show in so, so very long.

HELLTRAP NIGHTMARE’s ringleader Sarah Squirm will be leading off the show once again in its new-ish home, Zebulon, between Atwater and Frogtown. Throughout lockdown Squirm and HELLTRAP NIGHTMARE put on several stacked variety comedy live-stream fundraisers that were probably some of the virtual shows throughout the entirety of quarantine.

All these months later, on Sat. Aug. 28th w/doors at 8PM PT, all the cleverly engineered and devised grotesque body horror and socio-political humor will rise once more to all of our collective enjoyment in what sure as hell feels like the end times.

Tickets are on sale now for $12.30 and you can and very, very much should go get them here.