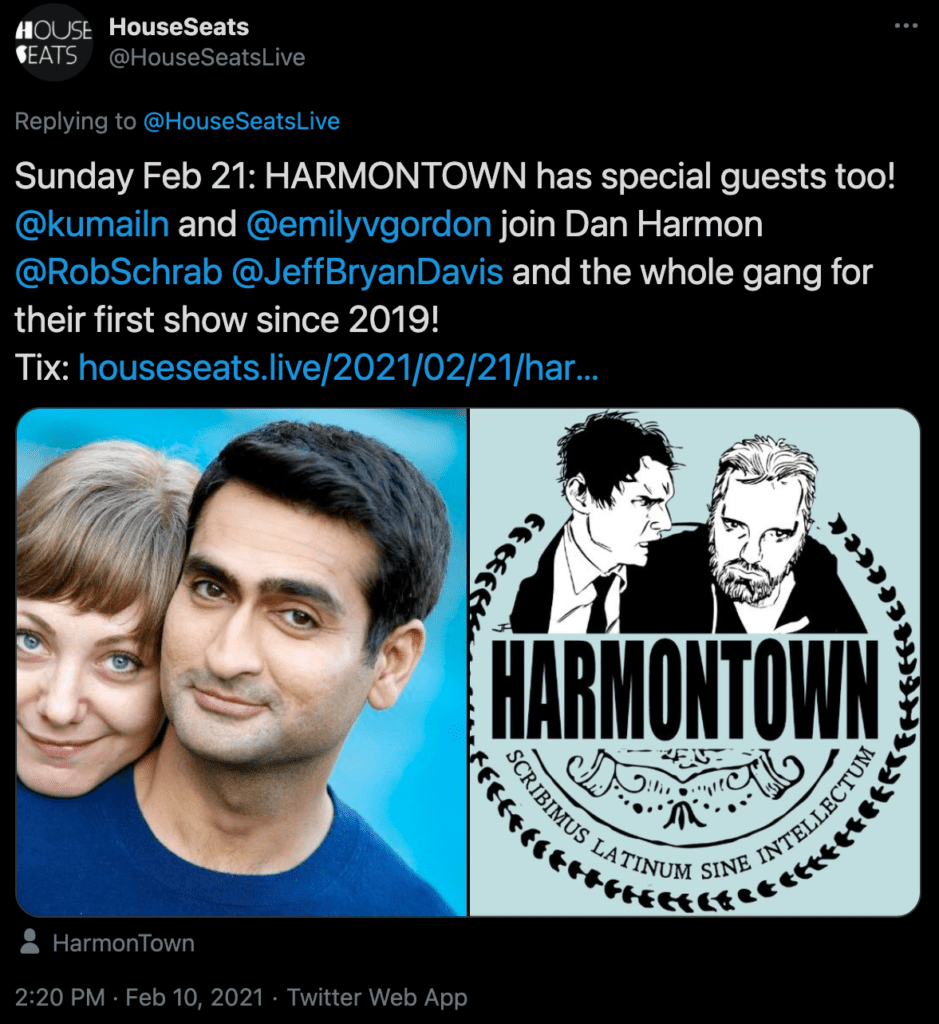 Looking back from this moment, it would seem that the last bit that you’ve heard from Harmontown was eons ago. Actually, it was just near the end of 2019, just as the before times were coming to an end.

Then, we all have had a collective lived experience of living the longest days and weeks of our lives leading up to what seems like a decade later for a Harmontown reunion. Yes, you did read that right. There will be a virtual gathering of Dan Harmon, Jeff B. Davis, Spencer Crittenden, Rob Schrab along with very, very special guests Emily Gordon and Kumail Nanjiani later this month via live-streaming platform, House Seats.

For the uninitiated or those who it has been so long that the memory of the before times seems like a faint candle in the distance, Dan Harmon and the Harmontown gang really made an official session of Harmontown whatever they’d like, which might anything ranging from in-depth conversation the inner-workings of entertainment to the complexities and nuances of life to Dan using a vocoder to freestyle.

So, do not miss this Harmontown Reunion set to live-stream Feb. 21st at 5PM PT/8PM ET (it’ll be available to watch up afterwards until 2/28 9PM PT/12AM ET). Tickets for live-stream access are only $15 and you best get them here.