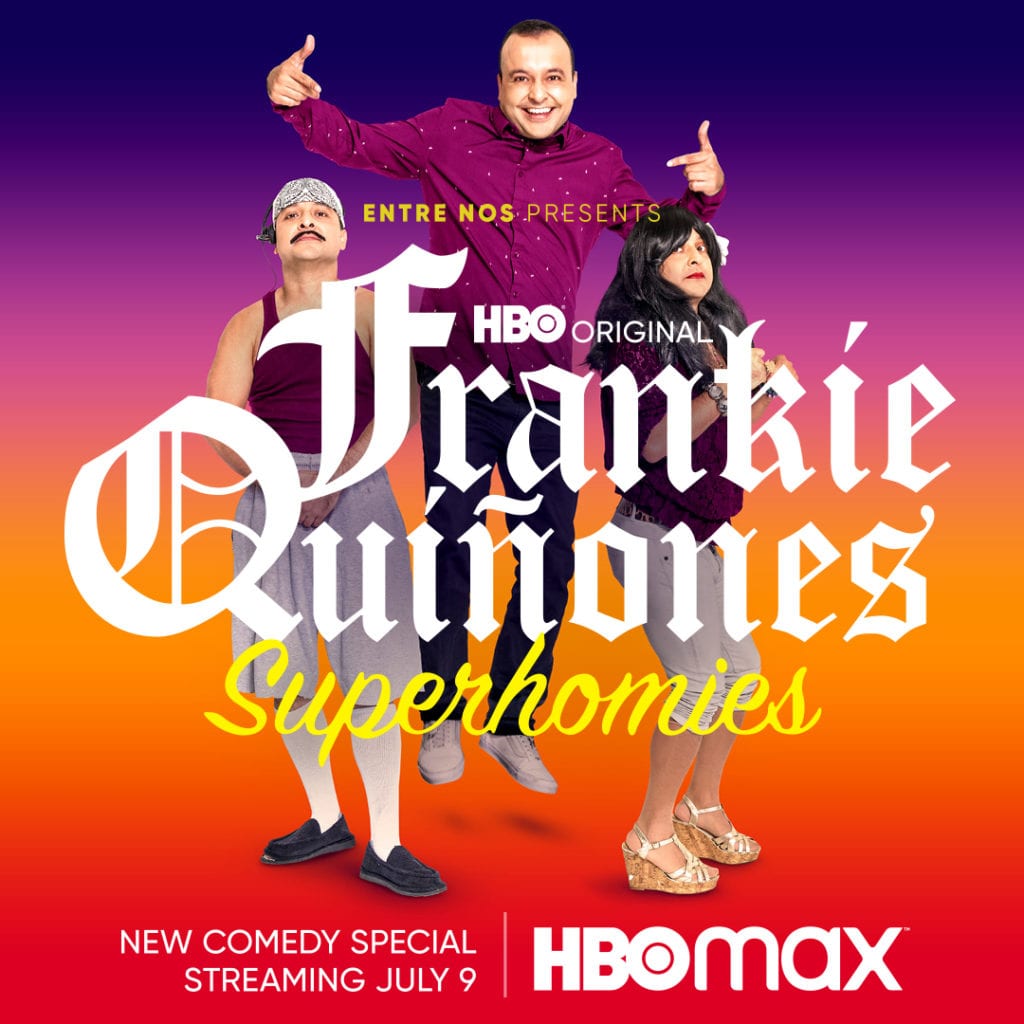 Whether it be from Creeper, Dress Up Gang, or his own stand-up, Frankie Quiñones has gotten folks to bust up almost every which way he can. Thankfully, he has his very own comedy special (that is frankly overdue) coming out very soon.

Frankie Quiñones: Superhomies will be a mix of stand-up, characters, and sketch that’ll be giving you all that Frankie has to give. It’s set for its debut on Fri. Jul. 9th at 10PM on HBO Latino (and it will stream on HBO Max too). Frankie was already on such a rise before lockdown and we’re really glad to see that he’s pretty much picking up right from where he left off.

Get your first look at Frankie Quiñones: Superhomies here