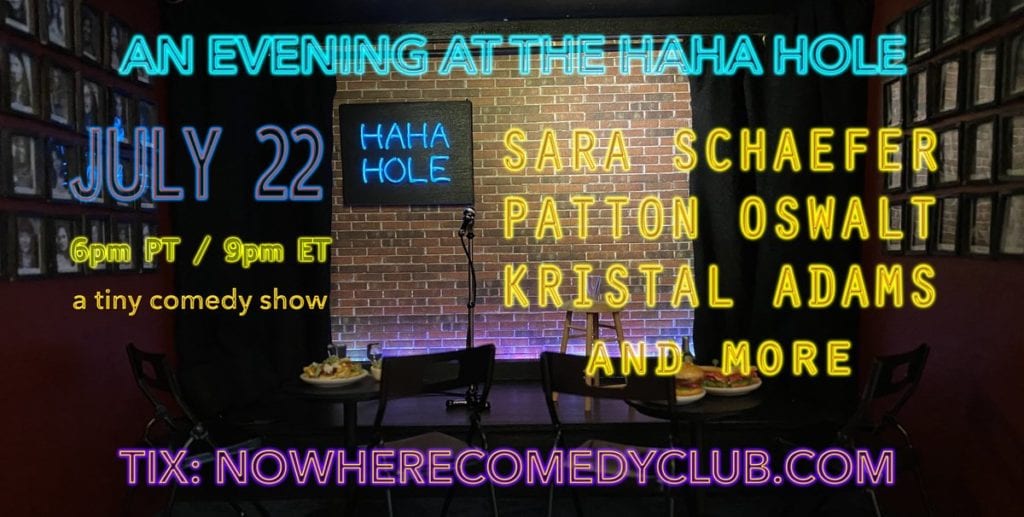 Sara Schaefer has many, many talents and skills. Lots of them are in and throughout the comedic arts, but Sara also expresses herself quite beautifully through miniatures. Her knack for crafts has led her to build several miniatures dioramas and houses that are quite detailed, especially during the pandemic.

Naturally, this was going to intersect with comedy at some point and, as such, Sara has built a to-scale replica miniature of an old school comedy club, complete with a ridiculous name “The Haha Hole” and she’s now going to host a virtual comedy show from this miniature comedy club via livestream at Nowhere Comedy Club. Joining her will be the comedy stylings of Patton Oswalt and Kristal Adams, definitely making this an event that you shouldn’t miss no matter where it’s actually happening.