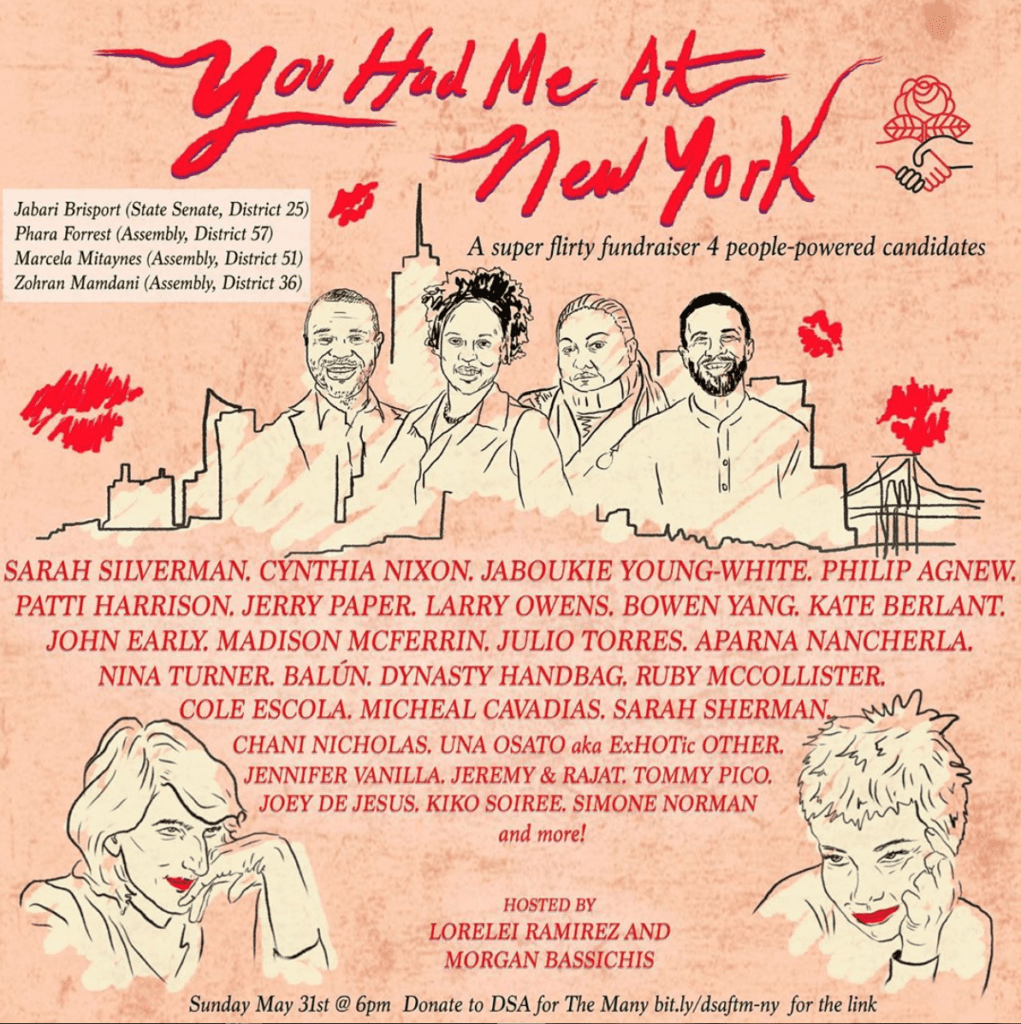 It’s more than obvious right now that we need a big change in many of our leaders, especially elected officials. The NYC chapter of the DSA is working hard to make that happen. They’re aiming to have four specific candidates to fill state level offices namely, Jabari Brisport, Phara Forrest, Marcela Mitayanes, and Zohran Mamdani.

To accomplish this, there will be a big telethon-ish variety benefit show called You Had Me at New York featuring a line-up that’s stacked on top of being stacked. Slated for this extravaganza are:

Subversive delights Lorelei Ramirez and Morgan Bassichis are presiding as hosts for the whole event and we can’t imagine that this night will be anything but unforgettable, mesmerizing, and, dare we say, transformative.

You Had Me at New York is set for Sun. May 31st at 3PM PT/6PM ET. Tickets start at $15 and you absolutely should go get tickets right here right now.