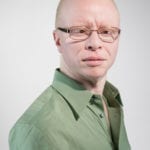 Tiger Lily is going to be pretty awesome, a not to be missed night!

Super funny NY comedian you have seen on Jimmy Kimmel and Late Night with Conan O’Brien, star/director of the Awkward Comedy Show that premiered on Comedy Central last year, as well as the director of the highly anticipated Tell Your Friends Concert Film

So Whatcha Waiting for? See ya Monday @ 8pm