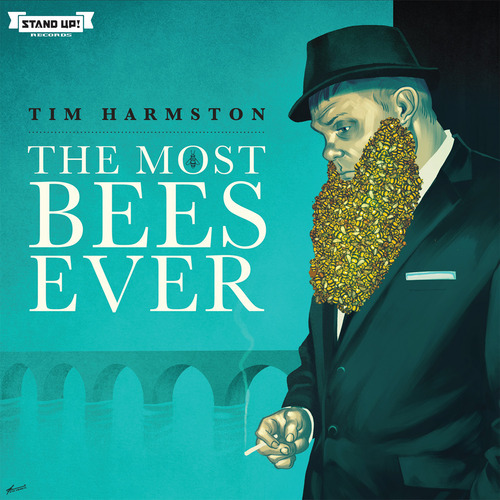 The very funny Tim Harmston’s album The Most Bees Ever

was just released from Stand Up Records and it’s one of the funniest and most clever comedy albums we’ve listened to in 2014 thus far.

Also, how could you not get any album with such an amazing cover? You can’t. So get The Most Bees Ever already.