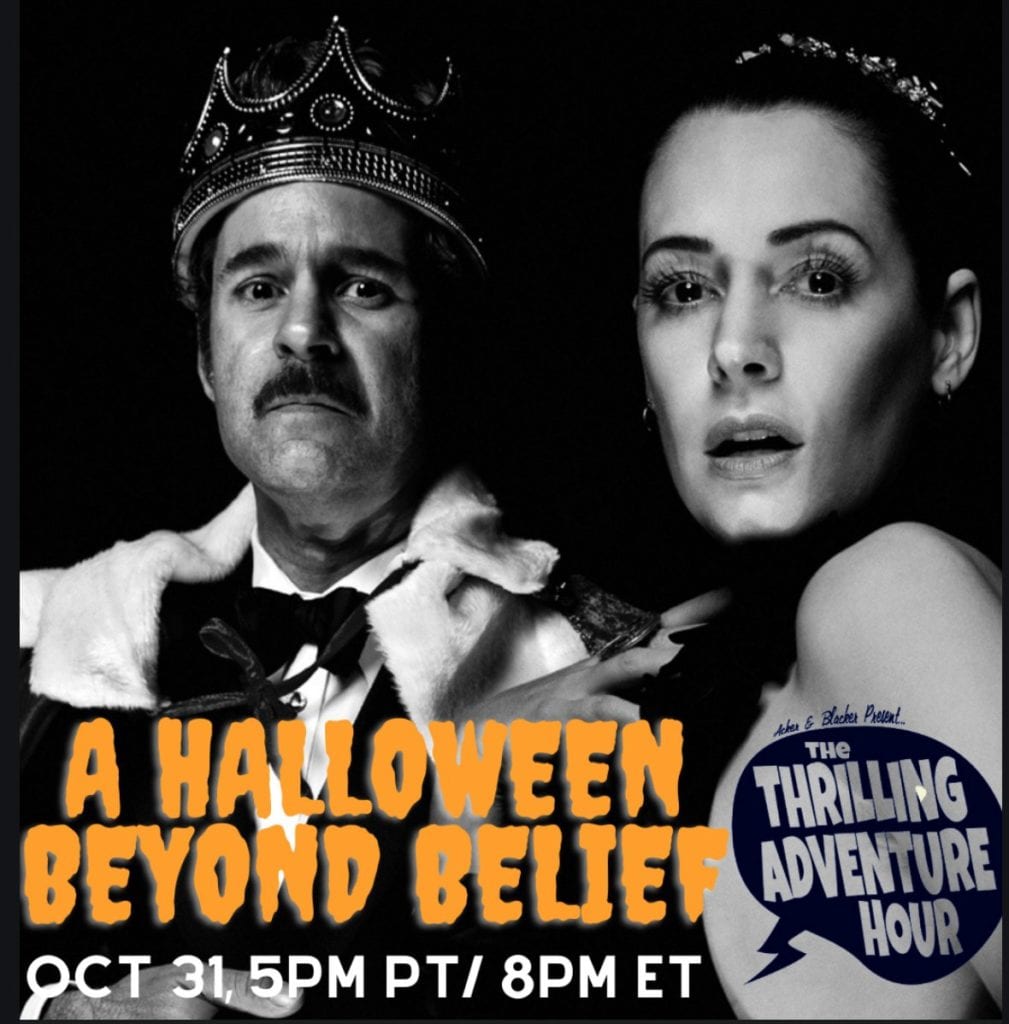 Thrilling Adventure Hour: A Halloween Beyond Belief is actually slated for Halloween night, 5PM PT/8PM ET and tickets are pay what you want, though $10 is suggested. Get your tickets here while you still can.

FYI, an archive of the live-stream will be available until Nov. 8th 9PM PT/midnight ET.