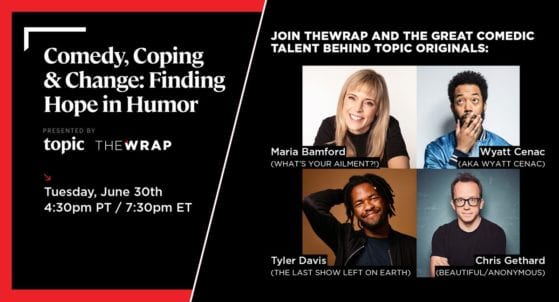 Whether it’s a more traditional stand-up show or a webinar panel discussion or something else altogether, a line-up of Maria Bamford, Wyatt Cenac, Tyler Davis, and Chris Gethard is something that you should show up for.

The Wrap and Topic are bringing us all such a panel discussion entitled Comedy, Coping, & Change: Finding Hope in Humor and we have no doubt that it’ll be the sort of conversation that’s heartfelt, riveting, funny, and healing, especially with a line-up that has channeled so much of their energy and comedy towards changing attitudes on mental health, social justice/reform, and overall humanity. 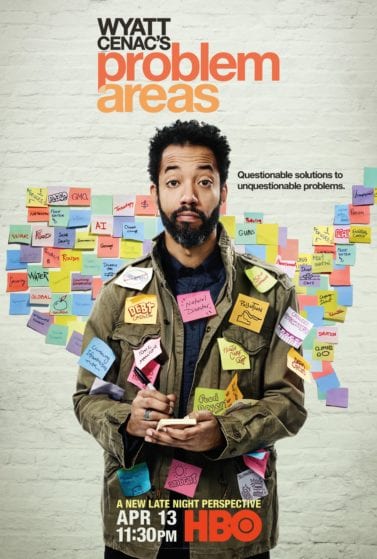 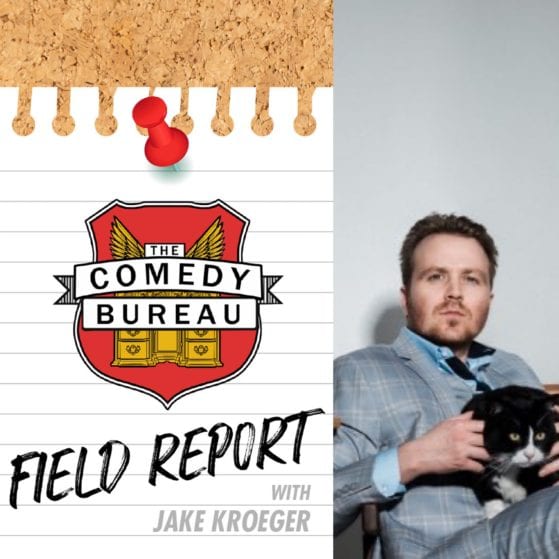 Netflix has been really piling it on in their late night/talk show line-up.

Not to be outdone, HBO has gotten Wyatt Cenac his own mini-doc late night series, Problem Areas, which looks like it will compliment HBO’s line-up of Last Week Tonight and Real Time quite nicely.

You can see what we’re saying in this announcement trailer here.

Look for Problem Areas to premiere on Friday, April 13 on HBO.

So, three very exciting developments with this new addition to late night in 2018:
1) Wyatt Cenac will be back on television again, this time, with his own show on HBO.
2) None of this show will be done from a desk. Wyatt will take on current issues in satirical documentary segments.
3) John Oliver is an EP.

Look for Wyatt’s late night show on HBO in spring 2018.

Take Louie, replace Louis CK and the job of comedian with Wyatt Cenac and self-styled vigilante by night and you’ll start to get a sense of Cenac’s new series aka Wyatt.

Intrigued? You should be.

Reward your intrigue and start watching and enjoying “aka Wyatt” at Topic.

Seeson Orders Another Season of Night Train with Wyatt Cenac, Which Will Be Shooting in Just a Couple of Weeks

Seeso is wasting no time in getting the second season of live comedy showcase series Night Train with Wyatt Cenac going. The renewal announcement was made today along with the line-ups feature much of the best in NYC and around the country. The tapings are all set up all around Valentine’s Day.

What makes us most excited about this new batch of Night Train is plenty more opportunity for Wyatt to spit the fire that he did with his immediate-post-election album, One Angry Night in November (you can still get it for free here).

You can get tickets, from which the proceeds will go to charity, here.

At this point, it’s getting harder to remember the TBS of old and that’s a good thing.

High concept ensemble sitcoms, Sam Bee, Conan globetrotting, and more have proven a great move for the cable network and we look forward to People of Earth and Search Party getting to push forward with their genre-bending premises in their second seasons.

Given this moment in history, comedy will play a crucial, fascinating role in the weeks, months, and years to come in both speaking truth to power and also assuaging fear.

Much of stand-up comedy leans left and had plenty to say about Trump through this election cycle and will have plenty to say coming up.

In fact, Wyatt Cenac made his latest set at his show Night Train, which were his musings on Trump winning while they were still fresh and raw, into a whole album called One Angry Night in November.

On top of being the first comedy album about the election to come out, it’s 16 minutes and change long and free.

So, without further adieu, get One Angry Night in November here.

TBS’ long-awaited alien abduction comedy People of Earth will be coming at the end of the month.

To get a real sense of the “experiencers” that the show follows, you can now get a look at what their support group is like in this 360° video.

Spoiler alert: people who have been abducted by aliens can be a few sticks short of a bundle.

One of the benefits of streaming services versus linear television is that there are no time limits or constraints.

Seeso seems to be taking advantage of this with their latest series Night Train with Wyatt Cenac that captures the majority of the actual live show, clocking in over an hour. On television, a live show like Night Train would probably be cut to a very trim 22 minutes.

You can see the difference and what you were missing all this time in not going to Night Train if you’re in Brooklyn/NYC as Night Train just started streaming on Seeso.

If you’re not sold on that, you can preview an entire episode, which times out to over 1 hour and 18 minutes, on YouTube right now.

Turner did their Upfronts presentation today and unveiled a teaser for their new scripted series at TBS, People of Earth.

While time travel seems to be a big trend this time around, People of Earth is a high concept comedy that follows a support group of alien abduction survivors and their latest member played by Wyatt Cenac.

Get a look of what TBS has cooked up with the teaser here.

Wyatt Cenac has a follow-up to his Grammy nominated album Brooklyn out today. Off of A Special Thing Records, Furry Dumb Fighter is available right now on iTunes.

In this latest hour, which is just an album as opposed to an accompanying album to a special, Cenac gets looser while still maintaining his laid back persona juxtaposed with smart, cutting social commentary. In fact, Wyatt goes for an album-length running gag that nicely bookends great sections on race, class, gender inequality, etc. Cenac definitely has stepped up from Brooklyn and that got him nominated for a Grammy.

Here’s a preview of it if you’re not already enticed.

Here’s a Trailer for the New TBS

Once a network that you primarily just knew for Conan, TBS is looking to start anew in this ever changing landscape of TV, especially when it comes to comedy.

So, with the likes of an entire new line-up of shows including the Steve and Nancy Carell’s Angie Tribeca, Jason Jones’ The Detour, People of Earth from Conaco, Full Frontal with Samantha Bee, Search Party from Charles Rogers and Sarah Violet Bliss (the duo behind Fort Tilden), and Wrecked.

From the looks of this trailer that rundowns this new line-up, they might have a good shot at finding a new niche.

TBS is really showing their cards this week by not only announcing that their latest series order comes from Conan O’Brien’s Conaco for People of Earth starring Wyatt Cenac, but releasing a teaser for the alien abduction support group comedy.

It’s clear to see that they’re turning a new leaf by going more into single-camera and getting weirder than they’ve ever been and we’re excited to see how far they go in that direction.