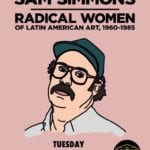 When it comes to the frontiers of comedy being boldly pushed and also still be damn funny while doing so, few accomplish that feat quite like Aussie comedian Sam Simmons.

Naturally, you should take up any chance to see him live, which will be next week as he does a full run of his solo show at the Lyric Hyperion in Silverlake.

Please get tickets here before they sell out.

The rest of our listings for comedy shows, events, screenings, open mics, and more can be found at www.thecomedybureau.com.

10 episodes of a series from Australian comedy multi-hyphenate star Chris Lilley, the creator of Summer Heights High and Ja’mie: Private School Girl, will be coming your way soon courtesy of Netflix.

No details have been revealed as to what the show will be and what get up Lilley will be wearing this time around, but we’re sure it’ll be a delightful surprise whenever it’s announced.

As you can see, if global domination in TV comedy is Netflix’s goal, they are well on their way. 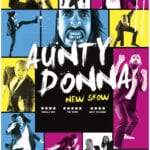 In their ongoing quest to be a worthy streaming service that only deals in comedy, Seeso has made sure to include plenty of programming from across both the Atlantic and Pacific.

A lot of UK and Aussie comedy from yesteryear to now (and even a few years ago) are currently getting their U.S. exposure through Seeso exclusively.

The latest acquisition comes by way of Australia from Connor Van Vuuren’s Soul Mates, a series that follows a friendship through the centuries between two literal, so it would seem, kindred spirits.

Just seem the flat out, absurdist fun that Soul Mates has with itself in this trailer.

Though it came out in Australia two years ago, you’ll be able to see Soul Mates stateside starting Thursday, September 1st on Seeso.

We have a feeling that this new wave of Adult Swim in Australia will do very well. 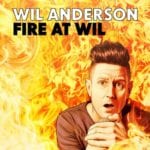 It’s free to attend, so long as you RSVP.

The rest of our listings for comedy events/shows and open mics along with corresponding open mics are embedded at www.thecomedybureau.com.

Australia’s very awesome very alt-WWII-action-comedy series Danger 5 is indeed coming back for a second season on Australia’s SBS 2 as we reported earlier this year.

To see what’s in store for the Danger 5 team on this go around, a trailer has just has been posted feature Hitler in varsity jacket, werewolves, dinosaurs, a group resembling Power Rangers, time travel, and plenty of things that may or may not have happened in Hitler’s lifetime.

Watch the trailer here to see what we’re talking about.

Season 2 of Danger 5 is premiering on SBS 2 Sun. Jan. 4th if you somehow get that channel here. If not, there is supposed to be good news for all of us not in Australia that want to watch very soon.

Until then, you can catch up with season one on this side of the Pacific on Hulu.

Though Eddie Izzard won’t have to learn a new language to tour in Australia and New Zealand, it’s still amazing that he’s taking his latest stage show Force Majeure to as many countries as he possibly can.

From Jan. 28th-Feb 20th, he’ll be touring extensively through both countries and you shouldn’t miss a chance to catch the brilliant Izzard.

Also, don’t confuse this with the new French movie of the same name getting rave reviews set during an avalanche.

Hysterical Aussie comedian Claudia O’Doherty does a lot of great things outside of her comedy. One of them is exploring niches that have rarely been explored before. In this case, she’s profiling women in magic (or maybe looking for someone cool to hang out with).

Watch her try to figure out the difference between women in magic and witches here.

UK acts Marcel Lucont and Reginald D Hunter as well as Australia’s own Celia Pacquola, Felicity Ward, Little Dum Dum Club, and Sam Simmons will also make a trip to MICF worthwhile, if you’re hanging around Melbourne for a month.

Absurdly delightful Australia comedian Sam Simmons is doing a special limited run, for now, here in LA of an “interactive anarchic stand-up game show”, “Sam Simmons Has Problems”. Seeing all the fun has had up in JFL Montreal with just a loaf of bread, this is bound to be a fun run on Mondays through July 15th (except for July 1st) at The Virgil following Hot Tub with Kurt & Kristen.

RSVP for the first one w/Kumail Nanjiani and Matt Braunger here.

1) American-the Bill Hicks Story hits U.S. theatres this week on April 8th, but the earliest you can see it is April 13th at the Comedy Store then April 15th at the Laemmle Sunset 5.  Something is wrong with this picture.  If it changes, the Comedy Bureau will let you know.

4) The Comedy Bureau’s own calendars have been updated with a few new venues!

8) Yesterday, the Comedy Bureau posted the article, “Why are THEY on the Show?” about the unfortunate trading of spots on shows that happens in LA and some readers were wondering a few things.  Specifically, The Comic’s Comic wondered about comics who struggle to get stage time starting their own room.  I have no problem with other comics starting their own room to get their own stage time if they can’t get it elsewhere.  Again, I reiterate stay away from trading spots.  Whether they are good or bad as comics is a matter of subjectivity to me really, but, as I point out in the article, if they can find an audience of their own, my opinion doesn’t really matter.  Another reader wondered that if a person works the Haha, Ice House, Comedy Store, Improv that they should get a shot at performing at another room.  First off, there are plenty of comics that are (and I’m putting this very politely) raw that get to perform at all of those clubs.  Once more, as I pointed in the article, plenty of comics can get laughs, but if they’re not funny to the booker, why should the booker put them up?  Last week, I saw someone do nothing but offensive material jumbling up the most controversial topics to date (i.e. Libya, Tsunami, and Liz Taylor’s Death) into one dick joke ridden mess and kill.  Did I laugh? I didn’t even smile.  Just because this comic happened to do good on a certain night because they had a good spot on the show, I don’t feel obligated or guilted to promote their comedy as, plain and simple, I don’t find them funny.  If you have any further questions regarding this article or anything else, please send them to thecomedybureau@gmail.com.