Even more than joking about politics, joking about religion can be even more divisive. People’s faith often guides the rest of their other beliefs and is a personal foundation that doesn’t much appreciate being shaken of poked.

That being said, the idea of a sacred cow, especially the sacred cow, makes making jokes about it even more alluring to comedians. Many have tried, but usually end up with a joke that only one side agrees with on top of usually deriding the entire concept of religion. That’s not to say that they aren’t great jokes, but they do require an open mind that many often don’t have. One of the all time great jokes in the canon of comedy by Emo Philips fits this description.

Ahmed Bharoocha performed on The Late Show with Stephen Colbert and opened up with a joke that not only acts a defense of faith and religion, but does so in such a simply beautiful way that’s mostly inclusive of all religions. For our money, it’s a joke that will stand the test of the time.

Do watch Ahmed’s whole set, by the way, as his performance was stellar through and through. 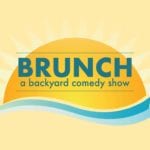 If you’re hunting for one of those great LA comedy shows that happens in a backyard this weekend, look no further than Brunch this Sunday, May 20th at 1PM.

This Brunch (like so many in LA) will be in Silverlake and take a $5 donation for the comedians. 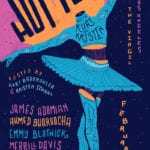 Oh, a lot of wondrous out-of-towners (Hari, Emmy, and Liz) are on this week’s Hot Tub!

If you want go for free, we’ve got a pair of tickets for you to win!

The Comedy Bureau Presents of Comedians of Interest Vol. 1 Now Available on Pre-order

The Comedy Bureau, an LA comedy institution that has served the art form of comedy and Los Angeles since 2010, has handpicked “secret” recordings of their “comedians of interest” and release them to the public on an album through the venerable AST Records. More specifically, these 6 acts contained within this record are comedians that TCB believes have not gotten nearly enough of the attention they deserve. They are hysterical, original, innovative, and should be watched be very close by all. Knowing this, commit their names to memory: Anna Seregina, James Austin Johnson, Ahmed Bharoocha, Candice Thompson, The Walsh Brothers, and Eric Dadourian.

You can (and really, really should) get Comedians of Interest Vol. 1. It comes out on Friday, October 20th, but is available for pre-order now here.

You might be familiar with the names Dave Ross and Pat Bishop if you’re a fan of the delightful sketches of WOMEN COMEDY.

When it comes to craftsmanship and execution in comedy, it doesn’t get much better than Ahmed Bharoocha.

His observational humor is on par with the best in history as he breaks down complex, multi-faceted subjects like religion and war with simple and beautiful metaphors and packs all of that into finely constructed jokes that seem to kill in front every audience he’s in front of. He also is able to deliver those jokes as if he’s delivering them for the first time, which is probably one of the hardest things to do in stand-up comedy.

Bharoocha shows off all these qualities on his first album, Almond Badoody, which, by the way, flows so well that you might wonder if it really is his first album or if it’s his third or fourth.

It really is his debut album and you can (and should) get it right here.

This week’s pairing of Comedy Central’s The Half Hour brings 22-23 minutes of heat from Naomi Ekperigin, who might have recently seen on Late Night, and Ahmed Bharoocha who has been one of our favorites for awhile now.

You can catch their half hours respectively at 12AM and 12:30AM tonight on Comedy Central.

Here’s this Ekperigin bit on becoming a Jewish wife if you’re still undecided with your plans tonight. 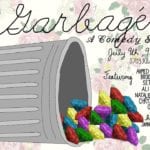 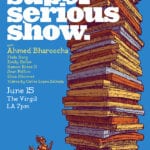 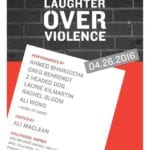 The rest of our listings for comedy events/shows and open mics are embedded at www.thecomedybureau.com. 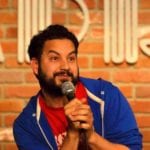 Over the years, we’ve really enjoyed seeing Ahmed Bharoocha working his way up the way the LA comedy scene by being as funny as he could be no matter where he was playing. Comedic structure, delivery, perspective, polish, and more have been firing on all cylinders for quite some time making him a true gem to watch any time we see him at the mic.

Tickets are $15 with a two item minimum. Get them here.

The rest of our listings for comedy events and open mics with corresponding maps are embedded at www.thecomedybureau.com

As long as we’ve gotten to see him since he moved to LA, Ahmed Bharoocha has always been a shining example of joke craftsmanship and execution.

So, anytime he’s doing a set, it’s worth your attention. Just watch his performance from Conan last night. In fact, we’ve probably seen this set dozens of times and still laugh pretty hard at it.

One of our all time favorite sketch groups is and will always be Dead Kevin.

Comprised of Ahmed Bharoocha, Ryan O’Flanagan, and Jack Robichaud as well as direction and cinematography by John Hale and Maureen Bharoocha have consistently put up weekly sketches of three guys hanging in an apartment that’s funnier that most other groups just hanging out in an apartment on actual TV.

Today, after three years as an amazing sketch group, they released their finale, which is so perfect in so many ways.

Watch it here, then watch all their episodes, including the Comedy Central ones over and over.

Also, you should note that while this is the end of the Dead Kevin series, they’ll be releasing one-off character sketches just in case you were worried that you’d never see them again.