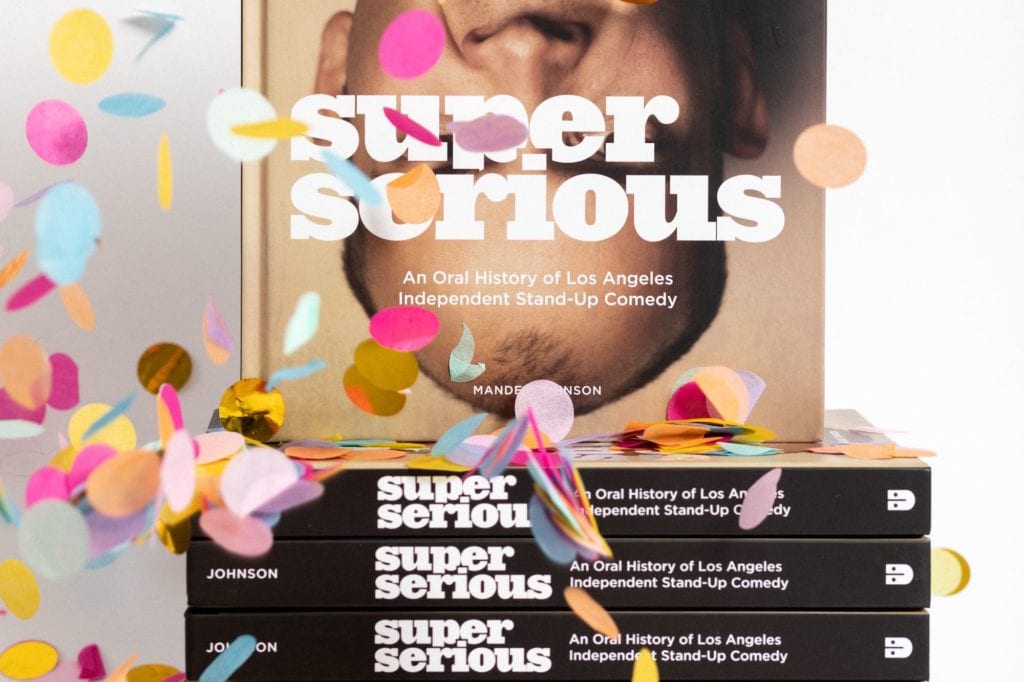 It’s unclear as to exactly what was going on in 2010 in LA comedy, but it was the starting point of almost everything that makes it special now (well, right before COVID-19 struck anyway). The Meltdown with Jonah and Kumail started around then, WTF with Marc Maron was picking up steam and kickstarted LA’s comedy podcast explosion, and even we had our humble beginnings around then. Also, so many indie comedy shows popped in and around LA giving the LA comedy scene the sort of connective tissue that it was missing years prior.

One such show is The Super Serious Show and, as they’ve kept their high flying variety show going for a decade between a handful of unique, wondrous venues around LA, they’ve seen the ebbs and flows, the new, the old, the highs, the shifts, the rumblings, the lows, and everything in between that has been going in the venerable indie LA comedy scene, especially when it comes to stand-up. Thus, Super Serious Show co-creator and portrait photographer Mandee Johnson assembled a lovely and exhaustive oral history of the comedy scene here in LA, accented by her signature polaroid portraiture of the hundreds and hundreds of performers that have stepped on The Super Serious Show stage. Contributors to this special oral history entitled Super Serious: An Oral History of Los Angeles Independent Stand-Up Comedy include Hasan Minhaj, Rory Scovel, Anthony Jeselnik, Karen Kilgariff, Baron Vaughn, Dave Anthony, Andy Kindler, Natalie Palamides, Kristen Schaal, Ron Funches, Reggie Watts, Rachel Bloom, Dana Gould, Eddie Pepitone, Cameron Esposito and dozens more.

If you’re as obsessive about comedy as we are, it’s definitely a must have for your coffee table (or whatever table you have). Super Serious: An Oral History of Los Angeles Independent Stand-Up Comedy is available for pre-order now and will be released on Aug. 18th from Andrews McMeel Publishing. Given how there are plenty of shipping delays for non-essential items these days in the U.S., best to put your order in now. Get more details and get your copy here.

Fun news alert: We have a BOOK!