Pick of the Day: Shut Up & Laugh: A Comedy Benefit Fundraiser for Rescue Efforts in Afghanistan (in NYC) 8/24 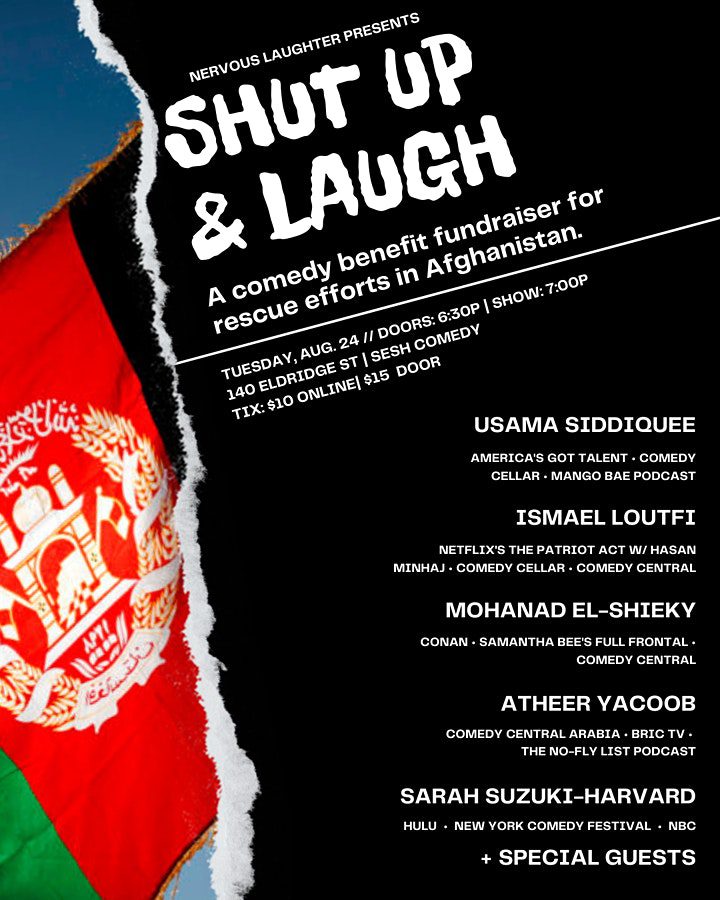 The ongoing crisis in Afghanistan right now is undeniably horrifying to see, let alone to actually go through. So many Afghans are fleeing and only certain pockets of the country are resisting the takeover by the Taliban and, as such, one can feel existentially helpless in doing anything about the situation.

That said, there are a myriad of relief efforts to support, one of which can be done through just going to a comedy show.

This Tuesday, at one of NYC’s new favorite underground spots, SESH Comedy, will be hosting an exclusive live comedy fundraiser, Shut Up & Laugh, presented by Nervous Laughter, with an amazing line-up of many of NYC comedy’s finest to aid rescue/resettlement efforts.

The show starts at 7PM ET and tickets are only $10. So, go get them right here and let’s sell this thing out for a great cause (and, also, have a damn good comedy show).