worst person in the world 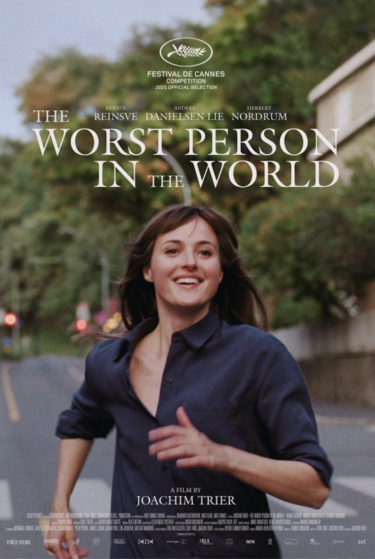 Get Your First Look at “The Worst Person In the World”

There’s something slyly bewitching about Norway’s sense of humor. It’s stark, yet so clever; often absurd and often so grounded in reality that it’s painfully funny. We still think of Roy Andersson’s A Pigeon on a Branch Reflecting on Existence with such fondness and a reliable guffaw to ourselves.

Joachim Trier’s The Worst Person in the World is the latest dark comedy to come down from Norway and has been buzzed about ever since it debuted at the Cannes Film Festival. In fact, star Renate Reinsve gleaned a Best Actress win at Cannes while the film itself was in the running for the prestigious Palme D’or.

Overall, dark romantic comedy is a particular soft spot for us, a forceful departure from the broad romantic comedies that dominate the rom com genre here in America and dark rom com is at the core of this film. The Worst Person In the World almost looks like something from 2000s Noah Baumbach with a bit of Michel Gondry wizardry sprinkled in and, for that, we’re really, really on board.

It’s picked up for distribution by NEON, but there’s no U.S. release date as of yet. Until then, you can see why we’re so excited about seeing The Worst Person In The World (even though it clearly doesn’t include any famous mass murderers or greedy billionaires) with the first official teaser trailer here.