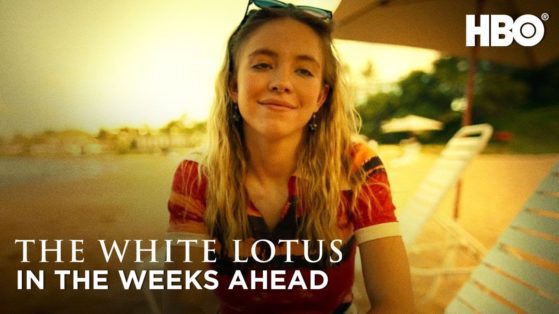 Sure, the arrivals of season 2 of both Ted Lasso and I Think You Should Leave are dominating the conversation of comedy on television right now for very good and clear reasons. One is garnering a record amount of Emmy nominations for a freshman comedy and the other delivers on being the sort of absurdist, daft brilliance that we need to make it through the current moments of 2021.

That said, Mike White‘s The White Lotus, his follow-up to the brilliant Enlightened, has also begun its journey on HBO and HBO Max and, for our money, deserves much more praise and obsessive discussion (like the aforementioned other hit comedies). Just like with Enlightened, White has one of the keenest senses for writing and casting. The performances from the ensemble cast of Murray Bartlett, Jake Lacy, Alexandra Daddario, Jennifer Coolidge, Connie Britton, Steve Zahn, Sydney Sweeney, Fred Hechinger, Brittany O’Grady, and Natasha Rothwell match writing that might have some of the sharpest teeth of any comedy or drama on TV right now. Don’t be surprised finding yourself repeating the many quotable/meme-able moments of The White Lotus.

The ultra serene setting of a luxury Hawaiian resort (and the pitch perfect score by Cristobal Tapia De Veer) belies the ugly head of class, privilege, and the wild lack of self-awareness that Mike and his cast have so masterfully woven in the three episodes that are currently streaming. Additionally, there is a thin air of suspense hanging over the increasingly chaotic stay of the guests at The White Lotus with the series opening on Lacy, presumably after his vacation has come to a spectacular implosion, flying home with a murdered body from the resort. It nails that delicate, yet wild genre mix that only series such as Search Party have really figured out.

If you’ve been curious about what’s going on with HBO Max’s more broad offerings versus the prestige TV that HBO built its empire on, rest assured that The White Lotus is keeping HBO well in the game for prestige dramedy that is award worthy. Get a taste of all of what’s to come at The White Lotus with this mid-season trailer here. 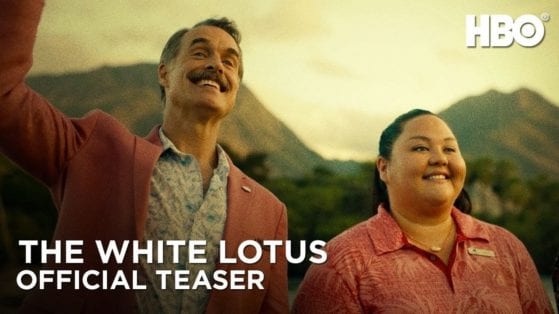 It has been quite some time since the force that was Enlightened came through and perhaps helped usher in the dramedy portion of this latest golden age of television. Mike White’s corporate and self-help satire hit such a great nerve back then (and is still so timely ten years later).

So, we’re grateful that it won’t be much longer before we get the latest Mike White series (it’s still pretty astounding that White was the teacher that Jack Black filled in for in School of Rock) and it looks like it’s going to have pretty sharp teeth that are going to sink into the absurdities of, well, rich white folks.

Jennifer Coolidge looks especially splendid here, by the way, and if Steve Zahn’s last line in this teaser doesn’t hook you, then we don’t know what else to tell you.

Give this all a watch with the first teaser for Mike White’s White Lotus here, then look for it on HBO Max starting July 11th.