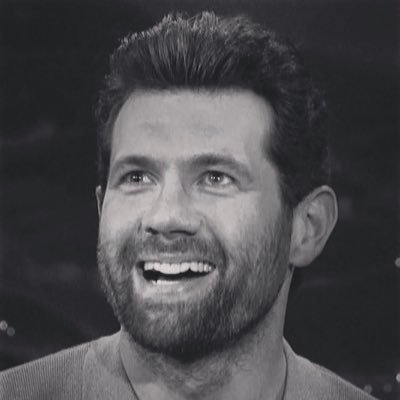 For the entirety of cinema history, an overwhelming majority of roles have gone to heterosexual talent no matter if they are playing a character that is anywhere on the sexuality and/or gender spectrum.

Billy Eichner is flipping the narrative with his Universal Pictures rom com Bros by having the entire main cast all made up of queer talent even if they’re playing straight people. That’ll include Eichner himself, Luke MacFarlane, TS Madison, Symone, Miss Lawrence, Guillermo Diaz, and Guy Branum.

An entire LGBTQ+ main cast, apparently, has never been done at the major motion picture/studio release level. This could be a step forward when it comes to representation, both in comedy and in entertainment in general, but time will only truly tell if that’ll be the case. Movies like Black Panther and Crazy Rich Asians show that there is plenty of money to be made in telling stories that speak to underrepresented groups, but will that be enough to keep moving the needle forward in regards to seeing more diversity and inclusion in entertainment?

The worthiness of having stories and talent from all over the several spectrums identity shouldn’t come down to whether it will promise a certain profit margin. There is inherent value in hearing and seeing stories from any and all. The alternative, of course, is hearing and seeing the same perspective over and over, not unlike endless reruns of the same show on a deeply buried cable channel. Also, that repetition will offer diminishing returns over a long enough period of time.

So, with that in mind, we can’t wait to see what Billy and co-writer/director Nicholas Stoller have cooked up both because Eichner is one of the funniest people around and it ought to be wonderfully subversive to see an all-queer cast at your local multiplex for once.

Trailer for “The Long Dumb Road” Puts Jason Mantoukas and Tony Revolori on a Perhaps, Enjoyable, Charming Road Together

After making the festival rounds, the succinctly titled buddy road comedy The Long Dumb Road is coming to theaters on November 9th from writer/director Hannah Fidell and writer Carson Mell (Another Evil, Tarantula).

The trailer promises stars Mantoukas and Revolori being the most realized versions of the characters that they’ve played throughout the their past filmographies and could be something to watch out for next month and onwards. See for yourself here.

Peele will get to develop all sorts of films under his Monkeypaw Productions banner with Universal Pictures.

The possibilities are seemingly endless here with the breakout success of Get Out and Jordan’s notoriety gained with Key & Peele.

From hearing this news, we’re imagining the two valets from Key & Peele just going back and forth imagining what Jordan could end up making with this lucrative, high-powered deal.

Though there isn’t much details to “Schooled” available right now, but the backing of Poehler’s Paperkite Productions with both Amy Poehler and Brooke Posch attached as producers and Oyama set to write this high school teacher centric comedy should prove to be something to look out for.