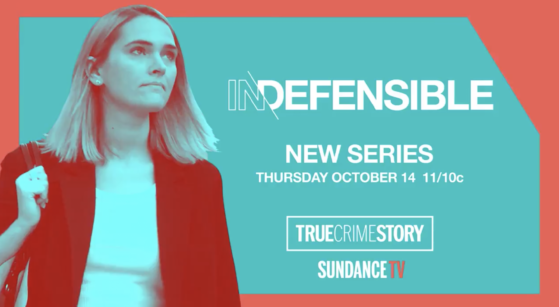 Two long years ago, Jena Friedman had an amazing set on Conan that all focused on women’s obsession with true crime and, thusly, making for some of the best jokes about society’s lust for true crime that have been told in recent memory.

Two Soft Focus specials on Adult Swim later (that had Friedman interview the “Cannibal Cop” and the late John McAfee), Jena has her very own true crime centric project called Indefensible that looks deeper into the stories of those convicted for murder and having some of the sharpest, darkest jokes woven so deftly throughout.

See for yourself what Jena has cooked up in this promo here, then look for the premiere of Indefensible with Jena Friedman on SundanceTV on Thurs. Oct. 14th at 11PM.