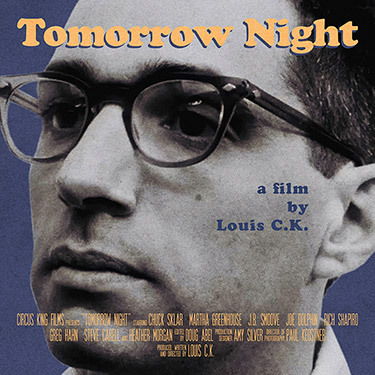 After over 15 years, Louis C.K.’s indie film Tomorrow Night is finally being released, as you’d expect, via his own website for just $5. Most movies don’t cost that much to watch and own until maybe they hit the bargain bin at Best Buy, so go ahead and buy and watch it.

If you’re wondering about the conception of this movie, C.K. talked with partial financier/Daily Show host Jon Stewart on The Daily Show about it.

Louis C.K.’s Next Big Thing Is Selling His Movie “Tomorrow Night” on His Website

Louis C.K. has been noted over the last few years with reinventing the wheel of media by selling his own comedy special on his website for $5, doing every job on his TV show that’s humanly possible along with getting final cut, etc.

His latest milestone will be selling a movie, shot in black and white, that he made partially on his own dime, Tomorrow Night, on his own website. He made this announcement last night on The Tonight Show and revealed that it never got distributed anywhere in 1998.

In 2014, black and white seems to no longer be a deal breaker for audiences and with all the acclaim that CK has gathered since 98, it’s probably a good time for this.

Here’s the trailer for Tomorrow Night; you might know a few people making cameos like Conan O’Brien or JB Smoove.