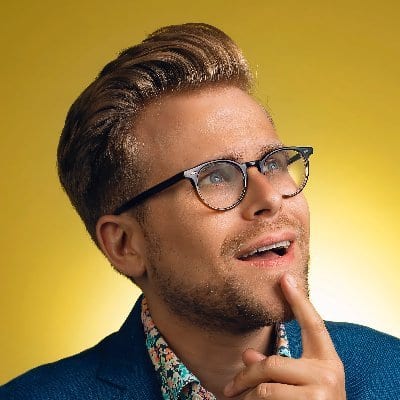 Since the end of the brilliant Adam Ruins Everything, we truly believed it was only a matter of time before Adam was going to get do something in that vein again on television. Conover did get another TV gig after this as host of family friendly competition series The Crystal Maze and kept up his blend of comedy and knowledge and insight on his podcast, Factually!

As of today (or probably weeks ago when Conover got the green light), we were right. Adam Conover will be doing a whole new sketch series, The G Word, in partnership with The Obamas on Netflix that examines the folks that represent “the g word”/government,  and what they really do with a comedic lens. The Obamas have an overall deal at Netflix and, as far as we’re concerned, this will be one of the more intriguing things on their slate.

The show is described thus far as a sketch series with some “documentary elements”, which is reminiscent of Adam Ruins Everything. Whether it’ll essentially be Adam Ruins Government or something that takes a slightly different angle into civil service will have to wait until next year since production is set to start at the beginning of 2021. We’ll also be curious to see how much Barack and Michelle Obama will figure into this series and how much Conover might closely examine Obama’s two terms as POTUS.

Conover is one of the best at fitting dense, complex subject matter into several very clever sketches and bits and it’s a good omen for 2021 that he’ll get to do it again.