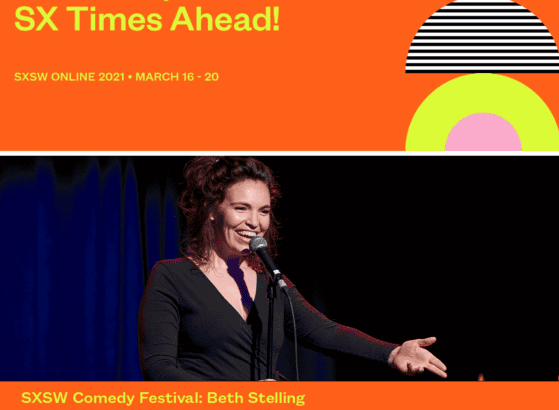 It is not too far from this time last year that the devastating news that SXSW was going to be cancelled was going to be delivered. Along with its cancellation came the nixing of a wide-ranging program of live comedy that had become one of Texas’ biggest annual comedy events.

As we are still in the thick of the COVID-19 pandemic, SXSW is going entirely virtual for 2021. They did not want to be deterred from not only highlighting the best in comedy wherever the festival could find it, but note how truly special it is and help it survive through its various “homes” and “family members”.

This should be a momentous occasion coming on a year of lockdown in America and how we have all endured and comedy is still going (and will hopefully keep surviving) despite being challenged like it has never been challenged before.

This year’s online edition of SXSW is set for Mar. 16th-20th and you can get more info on their comedy offerings as well as buy/register for a pass here.