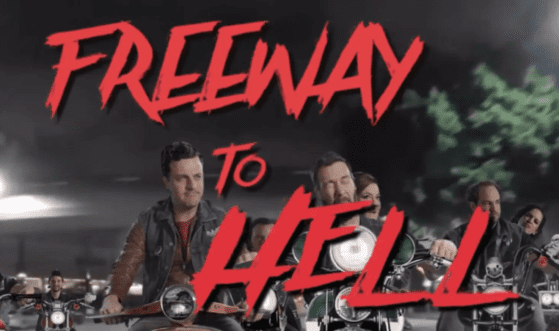 Electric Television, the good folks that used rotoscoping to make fun short films that punch up Cocktail and Dragnet into Cocktails & Dreams and Green Boy, will very soon being bring you another piece entitled Freeway to Hell. In a way, it’s like the next evolution of making fun of movies going from MST3K to actually being in the movie to satirize it.

This time, they’ll be hilariously cutting themselves into those specific types of 60s films that attempted to demonize subcultures like bike gangs, but seeming very cheesy while doing so. Get a taste of Freeway to Hell here. The full short will be coming soon!

Watch a Parody of “Cocktail” with Chris Fairbanks In It

Yeah, Cocktail is much better and makes more sense like this.

Mr. Show writer Mike Upchurch has been deftly parodying various movies and TV shows by putting actors and dialogue that aren’t in either, but somehow make sense and make the overall finished product better.

Now, as a proof-of-concept for what he’s calling Electric Television, he has a parody of the movie Cocktail with the great Chris Fairbanks in it a la all those newsreel clips that Forrest Gump was somehow in.