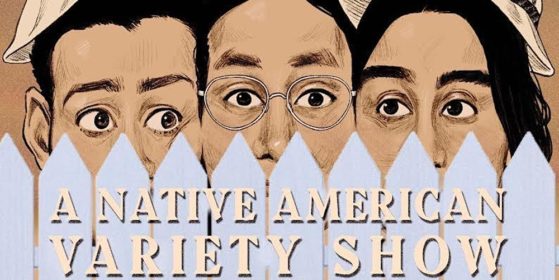 We sincerely hope that, at this point in time, especially with all the reckoning that we all were supposed to be going through with racism in America, that you know the history behind Thanksgiving isn’t the idyllic picture that you were very likely shown when you were a kid.

That said, there’s a comedy show coming up that’s being put up by all Native American comedians on Lenape land at Union Hall. Brian Bahe, Dash Turner, Tai Leclaire will put on this non-Thanksgiving holiday variety show that will still be a great time, but free of any whitewashed American Turkey Day make-em-ups.

Also, the event says “One free horse per audience member.” You should go for a lot of reasons, but one of those reasons should definitely be to find out if you actually get a horse of some kind.