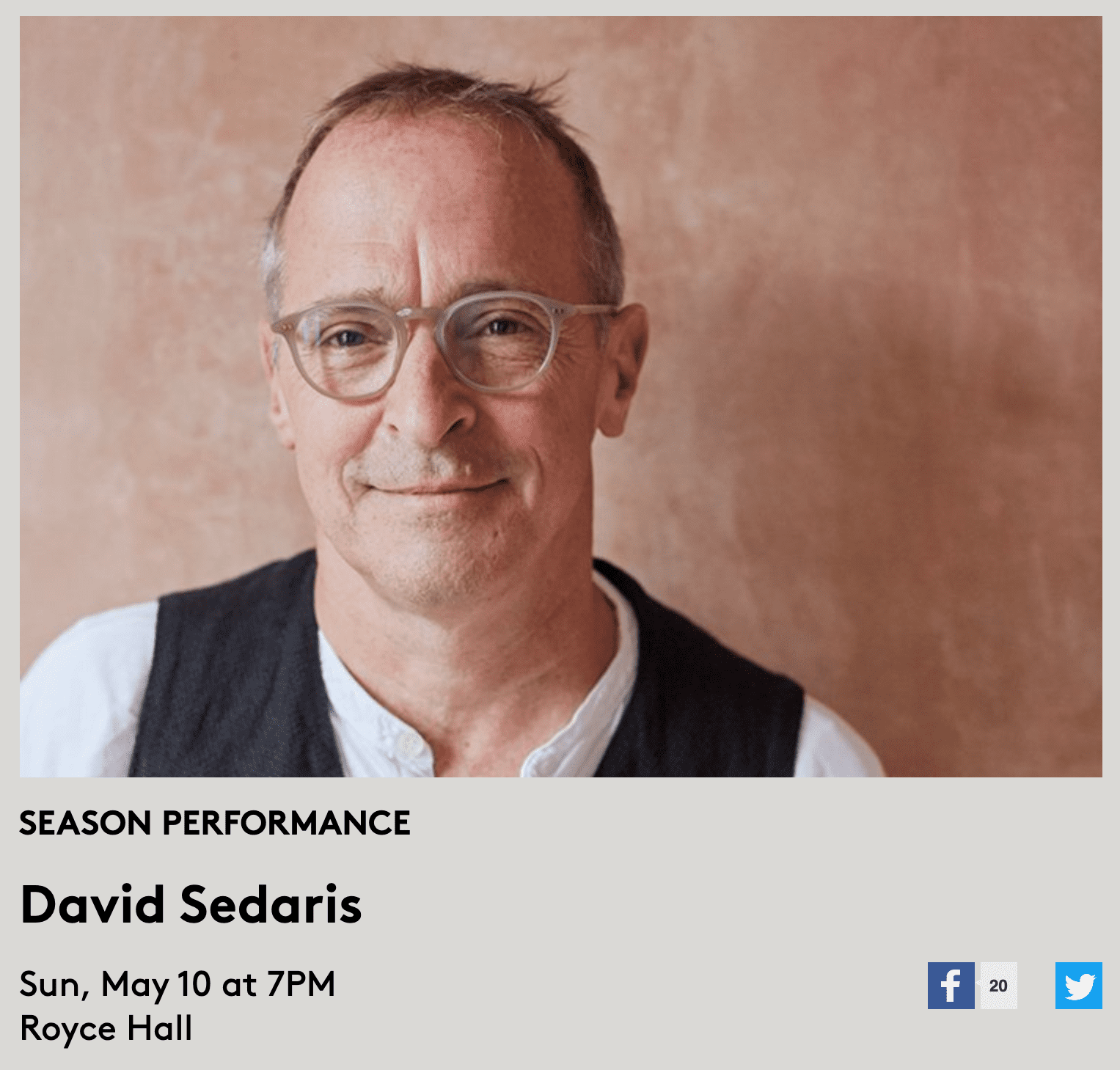 David Sedaris, the master of satire and one of today’s most observant writers addressing the human condition, returns to Royce Hall for his annual appearance at the Center for the Art of Performance. The skill with which he slices through cultural euphemisms and treating people with respect has made him one of America’s preeminent humor writers. More than ten million copies of his books are in print and have been translated into 25 languages. In 2018 he was awarded the Terry Southern Prize for Humor, as well as the Medal for Spoken Language from the American Academy of Arts and Letters. In March 2019 he was elected as a member into the American Academy of Arts and Letters. Sedaris’s pieces regularly appear in The New Yorker and his most recent collections of essays, Calypso and Theft By Finding: Diaries (1977-2002) were both New York Times best-sellers. He is currently working on a second volume of his diaries which are eagerly awaited by his fans worldwide.