Set Photos of Upcoming Comedy TV Series to Nerd Out To

The following are pictures taken at the productions of some of the most anticipated comedies TV series. The possibilities as to what was actually being filmed are finite (because the pictures clearly give us an idea), but, rest assured, it’s still hundreds upon thousands of speculations what hilarity these set pics will eventually add up to/“comedy nerd out to”.

Bunk with Kurt Braunohler on IFC-an absurdist game show that pits comedians in made-up challenges against each other hosted by Braunohler. Wouldn’t it be great for them to run into Billy Eichner taping Billy on the Street somewhere in NYC?

Nick Show Kroll on Comedy Central-Nick Kroll’s new sketch show depicted here with the hysterical Maria Bamford makes us what wonder what characters in each other their repertoire goes with afternoon picnic. 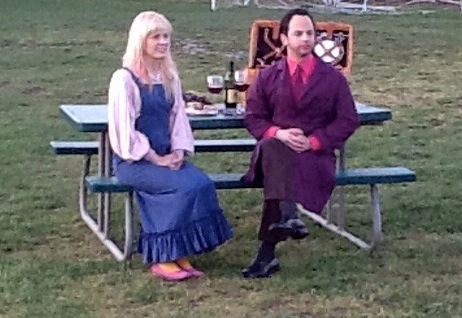 Season 2 of Jason Nash is Married that will be “on the Comedy Central website and possibly air at two in the morning”-the trials of being the very funny Jason Nash, being married, and having to deal with the crazy people that happen to be in the same business as him. There’s a screening of Season 2 on Feb. 29th. 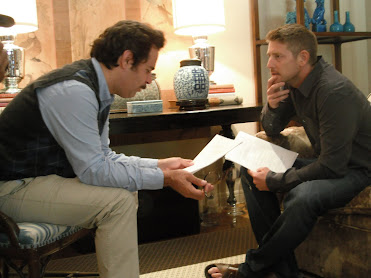 The Eric Andre Show on Adult Swim–Eric Andre is obviously going for the title of “Talk Show Host of the People” while Hannibal Buress will probably finish that book while waiting to leave the alley.

Clearly, we don’t have enough time on our hands or else we would had a set pic from the TV adaptation of Comedy Bang Bang also airing on IFC.