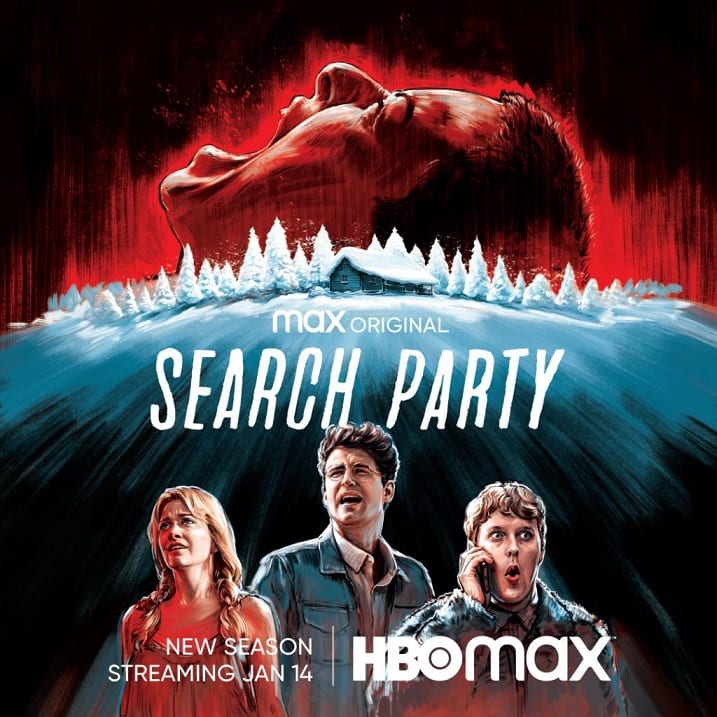 It can be argued that we’re in strange, yet slightly familiar territory just a few weeks into 2021. Biden has succeeded Trump as POTUS and, while there are signs of Biden picking up where Obama left off, the threats of the ongoing pandemic and economic crises are keeping things plenty off-kilter.

In a similar vein, Search Party has gotten six episodes into its fourth season, now at HBO Max instead of TBS, and has lifted its own formula, turned it inside out, and really swung for the fences in how outlandish, dark, and absolutely, unapologetically absurd it’s willing to get (having Dory now go missing and being kept captive in a padded wall version of her apartment kept permanently lit for daytime). For that, it has unquestionably come out the gate for 2021 as the best comedy series thus far (and it’s going to be pretty hard to top).

The balance of the sinister kidnapping of Dory by Cole Escola’s brilliantly demented Chip and how satisfyingly ridiculous every single character is in the series (especially John Early’s Elliott Goss, both in attire and character arc as a turncoat conservative sellout) is something we’re left in awe of. Following the B-story of a mini-series adaptation of the events of the first three seasons Search Party with Meredith Hagner’s Portia playing Dory within these season 4 episodes ratchets up the hysterical bizarreness of the whole world even further. Often, you might be left breathless for how the show deftly shifts its tones, even better and more acutely than it has in the past, and how so much of the dialogue is so brashly funny.

It’s very clear that we’re still in dark times, but there are peculiar bits of light here and there and, for our money, this latest season of Search Party meets the moment we’re still stuck in and, most importantly, gives us something really damn good to watch on TV while quarantine continues.

Six episodes of S4 of Search Party are currently streaming on HBO Max and the final four are due out on Thurs. Jan. 28th.