Please Enjoy Trailer for Offbeat Alien Invasion Comedy “Save Yourselves!” 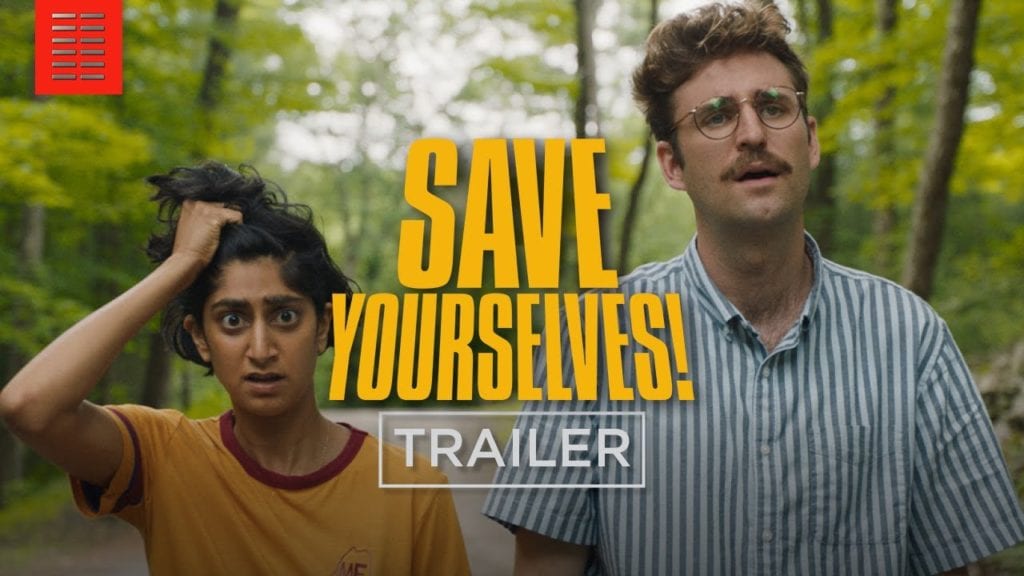 It would seem the debate on whether art imitates life or it being the other way around continues as there is plenty of movies and TV that were more prescient about everyone’s lives being lockdown while under invasion from a virus.

The latest entry into this debate is sci-fi comedy Save Yourselves! that follows Sunita Mani and John Reynolds attempting to sequester themselves from their phones and people only to discover that an alien invasion has happened while they were trying to find themselves. It may not be a pandemic, but their fears seem so familiar to what we had for the last several months. We will say the aliens are definitely way cuter than COVID-19 and this almost feels like an alt universe spin-off of Search Party, which we’re on board for, as Reynolds very much feels like Drew here.

See for yourself in the trailer here, then look for Save Yourselves!‘s release in October.