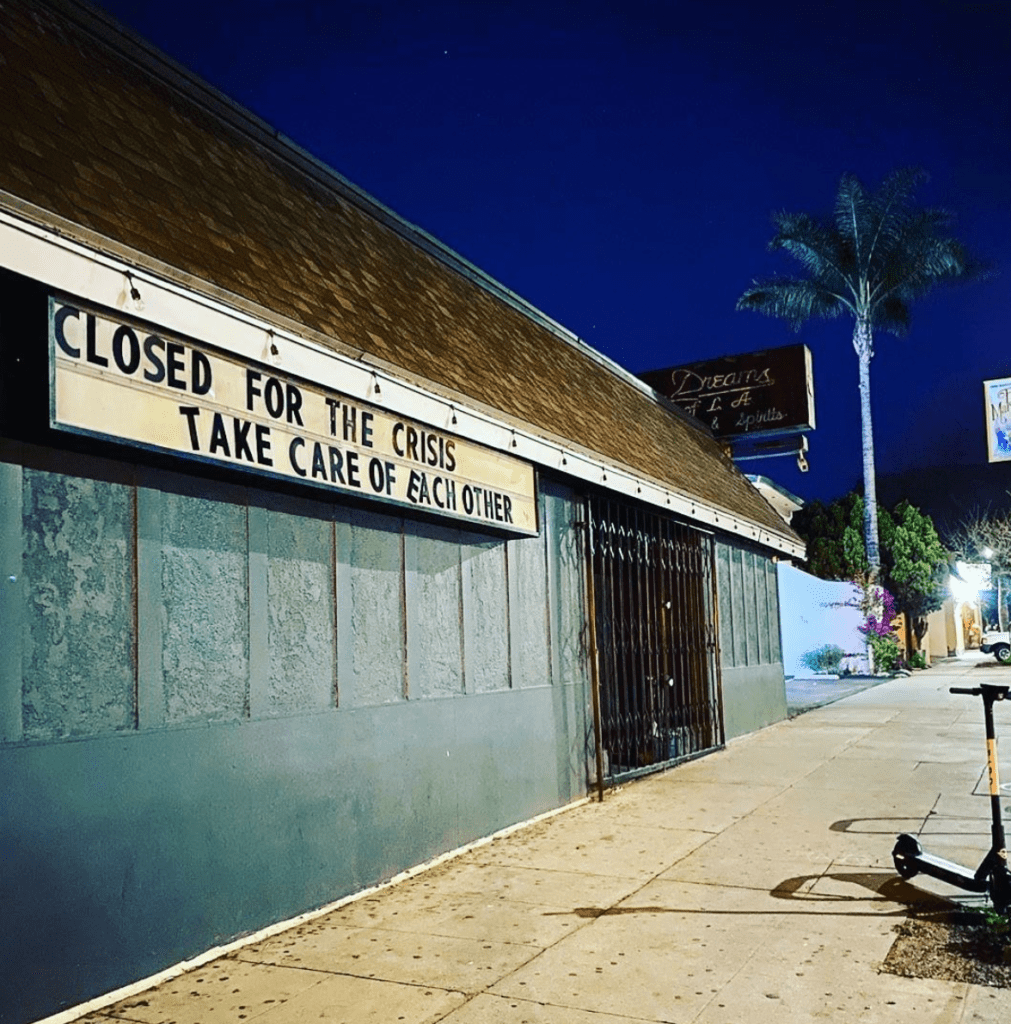 Unless you’re in New Zealand right now, the fate of live performance and entertainment is as unsure as it has ever been. Reopenings across the country have been botched and the whispers of live shows coming back in late July are nothing but a faint dream at this point. As a result, venues that regularly held said live shows have their fate’s hanging in the balance of this pandemic as well.

One such venue in LA, The Satellite LA, has decided, in order to save itself, will no longer have live shows and, instead, transform themselves into a full restaurant. The odds of them reopening sooner under this plan is more likely, but they’ll have to completely renovate the establishment before they’re even ready to open their doors.

For a quarter of a century, The Satellite was an independent home to several beloved dance nights and indie bands as well as indie, boundary pushing comedy. Most Sundays were reserved to comedy from the likes of Neil Hamburger, John Early, Powerviolence/Whitmer Thomas, which were some of the most packed indie shows in LA. One of our last live shows was indeed held at The Satellite. The genre bending bits and comedy at The Satellite will be sorely missed.

Other venues in and around LA and the rest of the country could suffer the same fate if relief isn’t gotten. You can support NIVA, the National Independent Venue Association, and their push to #SaveOurStages and get legislators to pass the RESTART Act to help make sure that such an end is less likely to happen.

To all of the Satellite fans out there, I am sorry to say that we will no longer be doing live shows or dance parties. We would like to thank you for all the support you have shown us over the years. We shut our doors March 12 after the bands started canceling shows due to the corona virus and the Government shutting down the bars and nightclubs just a few days later. It has really hit us hard. We can no longer afford to wait for the day we will be allowed to have shows again. If we do that, we will not have the money to continue and will be forced to close forever. We are currently removing the stage and redesigning the club to be more of a place to get good quality drinks and food. We will be re-opening the kitchen and doing a complete redesign. Due to the lack of funds, this will not happen quickly. We will be opening in the parking lot for food and drinks as soon as we have the kitchen re-opened or the government lets us hire a food truck. We hope you will still support us during these tough times. It personally has been an amazing 25 years of live music and dance parties. I will miss those days but it is time for us to move on. I would hope that you will support groups like NIVA. They are trying to raise support in Congress and the Senate to help out all the Independent clubs in the US so they do not have to change format like we did or just close the doors forever. Go to their site and show your support so we can start going to shows again!