You Can (and Should) Binge All of “Robbie” 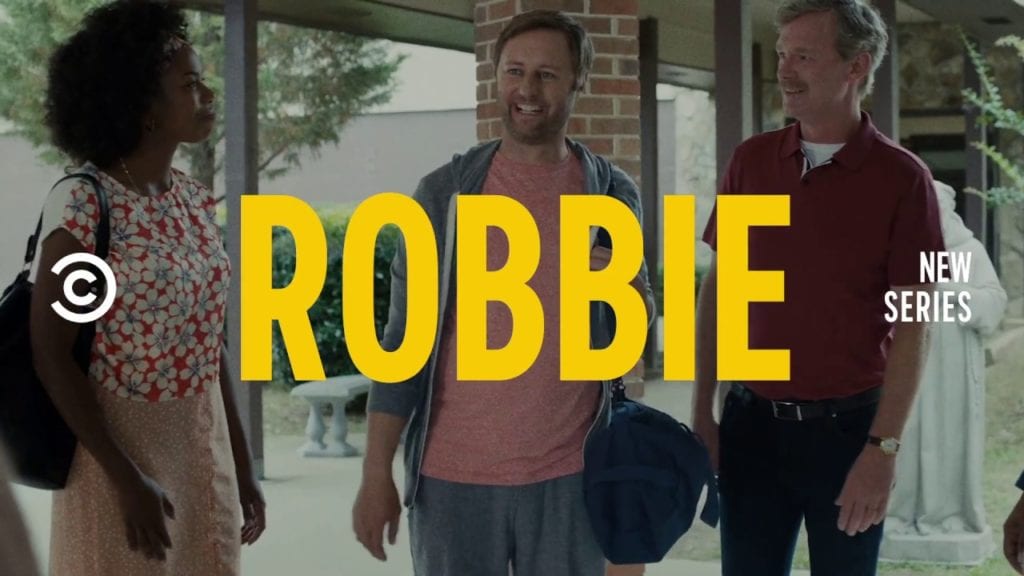 In the comedic tradition of seeing idiots not getting what they want, Rory Scovel revels in his starring role in Robbie. Akin to It’s Always Sunny in Philadelphia, the schemes of Scovel’s Robbie seem to be doomed from the start and the inevitable approach of his consequential failure is pretty damn ridiculous and fun. Also, Scovel and company (Stu Jenkins, Scott Moran, and Anthony King) have really showcased how fun it can be to watch someone who deserves to lose do so at every turn.

In fact, Robbie has the uncanny ability to screw things up just when they couldn’t be screwed up any further with Sasheer Zamata, who plays his co-parent Ava, and especially Beau Bridges who plays his dad, Robbie Sr./Coach. If you’ve ever seen Scovel do stand-up and go into one of his myriad of wild characters, we picture Robbie as a glorious, extended version of that.

We’d like to note that the hilariously offbeat-ness of the dialogue and timing shine here (accented perfectly by the jazzy, single note theme song). Several scenes get heightened in their absurdity as a result, especially whenever Robbie is arguing with his girlfriend Janie (Mary Holland) who always seems to be having a slightly different conversation than the one being actually had.

Robbie dropped online last weekend in its entirety and Comedy Central was even nice enough to let the whole series stream on YouTube here allowing you to binge all 8 episodes in one fell swoop.