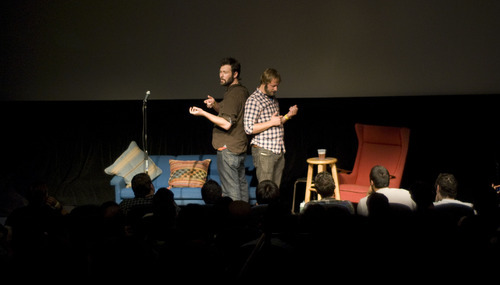 Jon Dore and Rory Scovel as two rednecks, one of which is coming out as gay to the other.

The first outing of the Riot LA Comedy Festival came to a close this past Sunday and we’re so thrilled at what took place. One block, four venues, some of the funniest people on the planet performing essentially in their backyard, some of the funniest people on the planet coming to that backyard, and wonderful beer from Angel City-it was a riot with the only connotation of people lining up up and down the South end of Main St. between 2nd and 3rd in downtown LA ready to bust their guts laughing.

Here are some highlights (we couldn’t see everything, but we heard it was all really great) from this past weekend with some accompanying pictures taken by our on-the-ball staff. 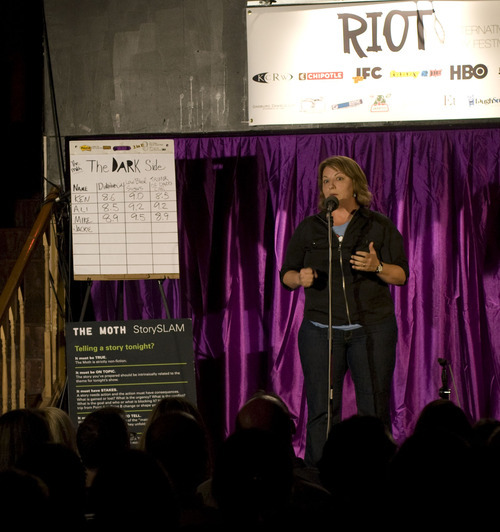 –Jackie Kashian told some of the most wondrous and hilarious stories at both the special Riot LA edition of The Moth and KCRW’s Storytime for Grown Ups. Her tales of her family were some of the best, heartfelt moments for us during the festival that we urge you to see her live wherever and whenever possible.

-The hysterical Jon Dore, because there was a couch on stage at the Downtown Independent Theater, brought three audience members up and instead of going through a normal set, pitched jokes to them specifically while the audience of hundreds looked on and couldn’t help but laugh.

–IFC previewed that there were reviving R. Kelly’s Trapped in the Closet, as we reported earlier this morning, and gave a preview of Marc Maron’s upcoming series that we can’t for. 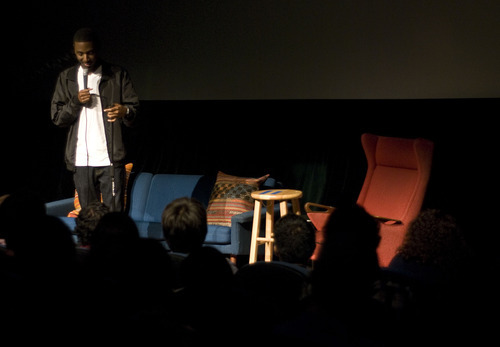 -One of our favorites, Jerrod Carmichael did what he did best: riff between his razor sharp jokes with a persona that would be a slow burn if he wasn’t so damn affable while simultaneously looking like he’s posing for an album cover.

–Marc Maron related his latest trip to going Hawaii as only Marc Maron can only go to Hawaii, neurotically knit-picking every detail about the trip including himself in a hilarious way at KCRW’s Storytime for Grown Ups.

-There were a non-stop flow of people stretching across, for all three days from Five Stars Bar to The Smell excited for Riot LA, making it feel like a legitimately like a festival though we’ve been on the block for comedy so many times before

-Sponsor Angel City Brewery provided a steady flow of free beer in “The Lot”, a wonderful bonus to the fact that you’re on the same block and don’t have to get in your car to get to another show. 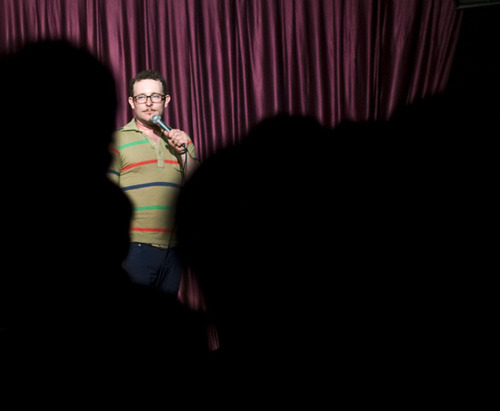 -LA’s top monthly show, The Super Serious Show, packed out The Smell so much that audience members spilled out into the hallway to have such a good time leading into the venue. For perspective, the picture above is the clearest one we could get of host/headliner James Adomian.

-Adomian then popped over to the LA premiere of the great Eddie Pepitone documentary, The Bitter Buddha, to heckle as Pepitone’s brother, Freddie Pepitone.

-Denver and NYC represented with some of their best local shows The Grawlix and Kabin/CSL.

–Bil Dwyer’s comedian game show Stardumb was a whole load of chaotic fun with Bil almost being unable to start the show with Karen Kilgariff, Jon Dore, Maria Bamford, Jimmy Dore, and more riffing so much and ended with a cry-off between Dore and Bamford.

-The Riot LA live edition of You Made It Weird with Pete Holmes wasn’t as awkward as the infamous Outside Lands episode, but still incredibly fun and weird with Pete’s mirth filled laugh acting as a whole other guest on the show.

-Also, that episode will feature James Adomian doing an impression of him, which might be hard for listeners to distinguish cause Adomian is that good and Harris Wittels reading Pete his own Humblebrag.

–Eric Dadourian here with Megan Koester on the snare drum and a guitarist (not pictured) brought even more of a laugh riot, so to speak, to The Lot with spoken word/rap/hardcore comedy.* 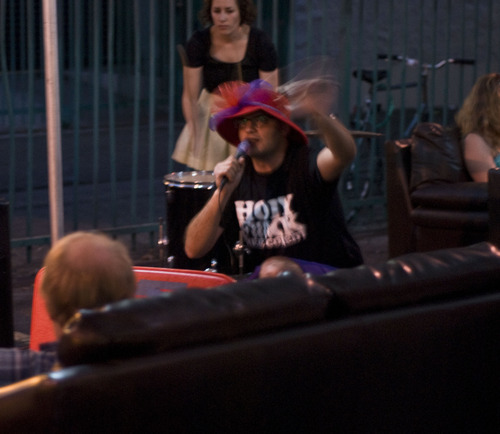 -Riot LA had so much comedy bursting out of that block in downtown LA that there was even an impromptu show out on the sidewalk between Todd Glass, Eddie Pepitone, and James Adomian.

*NOTE: Eric Dadourian is pictured with Megan Koester as part of the band known as Phantom Bangs and the guitarist not pictured is Allen Strickland Williams. Also, Phantom Bangs would like to note that they are “not now nor have they ever been ½ SPOKEN WORD”