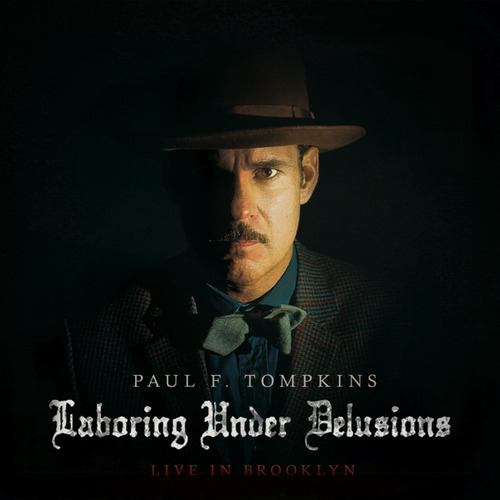 Paul F. Tompkins’ last hour special, Laboring Under Delusions, featuring several stories of Tompkins’ weirdest jobs up until now, which aired on Comedy Central earlier this year, is definitely worth checking out. That’s why we’re excited to hear that AST Records is releasing a special edition recorded live at The Bell House in Brooklyn running a stunning 93 min. free of commercial breaks and not edited for the constraints of a network as it should be. Pre-order Laboring Under Delusions: Live in Brooklyn now and it’ll ship on Tues. Oct. 23rd.

Also, this is one of the coolest comedy album covers we’ve seen in recent memory.