Pick of the Day: Padma Puts On a Virtual Comedy Show 12/17 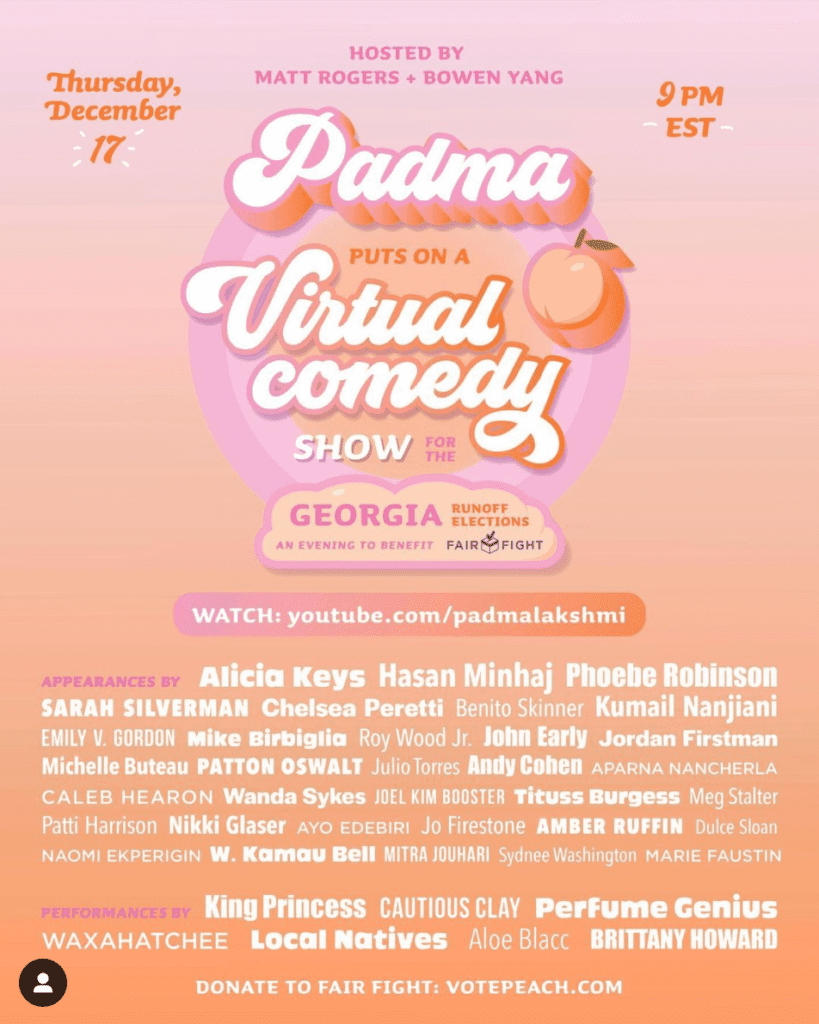 We told you that there would be plenty of big time comedy benefit shows for the Georgia Runoffs and, lordy lordy, there sure are. This latest one is being put up by the one and only Padma Lakshmi that’s very explicit in this regard by being called, “Padma Puts on a Virtual Comedy Show for the Georgia Runoff Elections: An Evening to Benefit FairFight”.

Stacey Abrams’ FairFight was instrumental in registering voters and contributing to Biden’s 2020 Election win and will undoubtedly be crucial in the upcoming special Georgia Senate Runoffs.

So, they tapped Padma for a live benefit show and she, in turn, got one hell of a line-up that includes:

Lastly, the evening’s virtual festivities will be hosted by none other than the Las Culturistas themselves, Matt Rogers and Bowen Yang.

Reads like a festival line-up, doesn’t it? Well, we still can’t do that in person right now, but you can enjoy this gigantic Padma Puts on a Virtual Comedy Show comedy live-stream on Thurs. Dec. 17th at 6PM PT/9PM ET at youtube.com/padmalakshmi and donate to FairFight here.