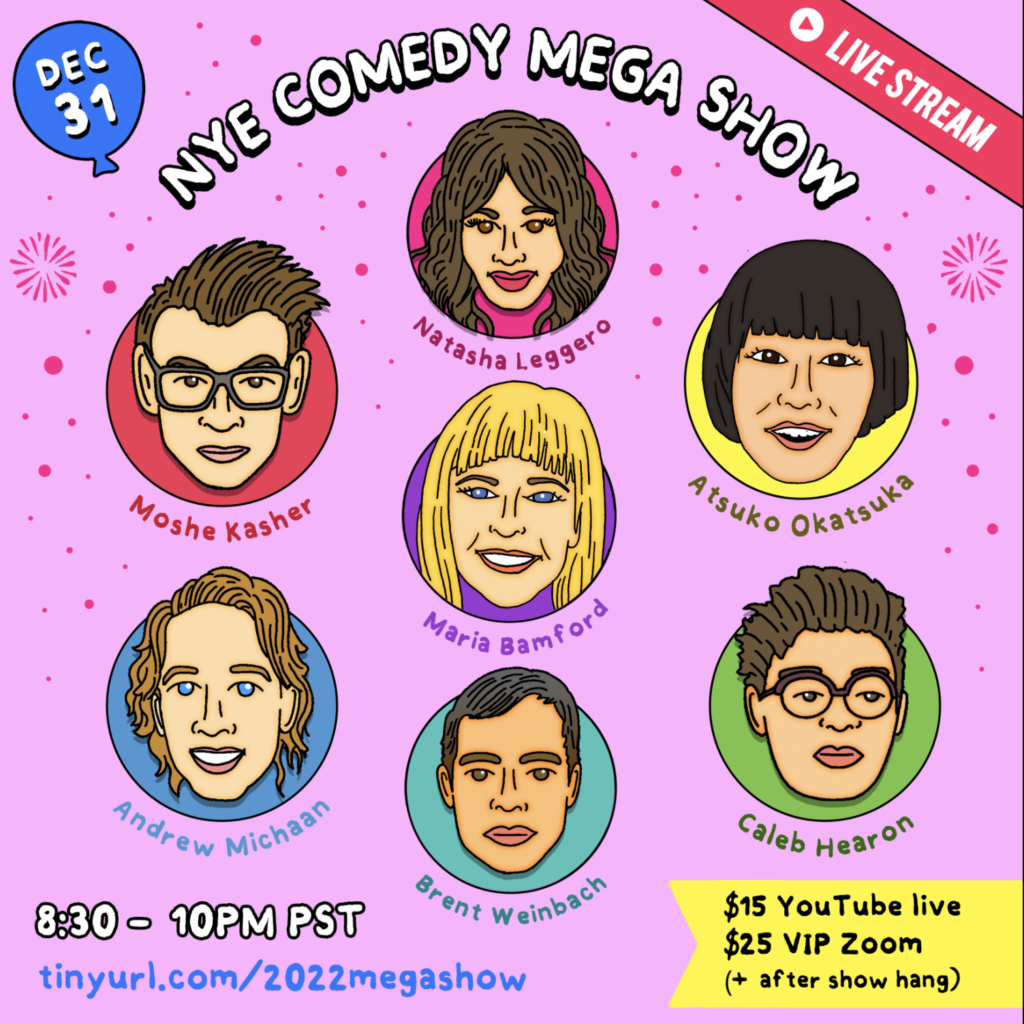 Welp, the normal big Bay Area NYE comedy bash put on by Natasha Leggero and Moshe Kasher won’t happen again in person because of Omicron, but, at the very least, it’ll still happen. Natasha and Moshe are opting to do it virtually and have yet another amazing line-up of some of the best comedians in the entire country.

You’ll actually, probably to ring in 2022 with more comedy fans than you would have gotten to if you were to see this in person.

This edition of NYE Mega Comedy Show will have:

Maria Bamford (Lady Dynamite, Big Mouth)
Atsuko Okatsuka (TheLate Late Show)
Caleb Hearon(Variety’s Comics to Watch)
Natasha Leggero (Another Period, Endless Honeymoon Podcast)
Moshe Kasher (Netflix, Endless Honeymoon Podcast)
Andrew Michaan (Podcast But Outside, I Think You Should Leave)
Brent Weinbach (Gangster Party Line, Comedy Central)
You can get access to the livestream on YouTube for $15 and then be part of the VIP Zoom audience for $25, all done through Nowhere Comedy. The festivities begin at 8:30PM PT/11:30PM ET on Dec. 31st and they’ll do a countdown from CST. Get your tickets at tinyurl.com/2022megashow.
Back