Netflix Is a Joke Fest Is Cancelled for 2020 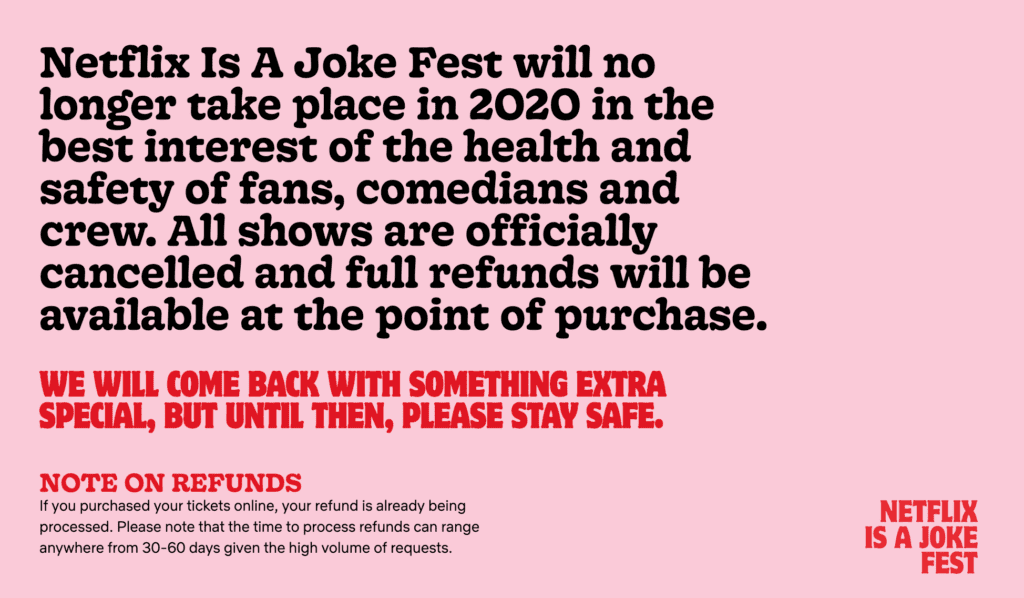 It’s pretty much a foregone conclusion than any sort of big festival that had been slated for most of 2020 is getting cancelled or, at best, postponed to 2021. That includes the inaugural run of Netflix’s big time comedy festival Netflix Is a Joke Fest that was going to be one of the notable comedy events that Los Angeles was going to be home to in quite some time.

Originally, Netflix Is a Joke Fest was going to happen just over a month after lockdown went into effect in Los Angeles. Then, it was postponed for later this year without very many other details. Now, as LA has suddenly turned into a hot spot for COVID-19, the streaming giant announced their decision to nix the festival entirely on this go around. Full refunds will be issued unlike other major festivals that have cancelled like SXSW, but as to what else might happen with Netflix Is a Joke Fest is a mystery at this point.

In fact, Netflix added in their announcement, “We will come back with something extra special, but until then, please stay safe.”

For the rest of the 2020 for comedy in LA, there are some shows that are lined up in October, but it’s best to think of those as tentative at this point.