1) Tenacious D’s music video for their first single from their new album “Rize of the Fenix” got an applause break from us.

2) Jonah Ray is releasing his new album, Hello, Mr. Magic Plane Person, Hello, on 10" white vinyl with dropcard for a free digital download on May 15th. Better beat everyone else to the flea markets for a record player over the next two weekends.

4) Apparently, TMZ thought it was really cool when Robin Williams dropped in at the Nerdist Theater, “a small comedy club on Sunset Blvd.”, last night, but didn’t bother with Patton Oswalt dropping into the Best Fish Taco in Ensenada on Tues. 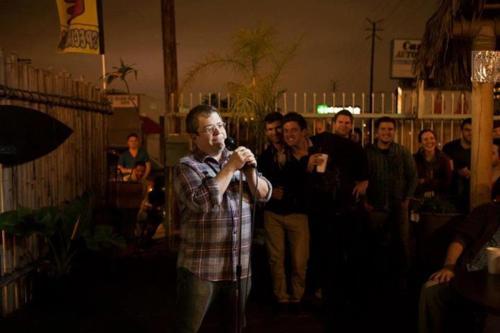 6) A big congratulations goes to one of our favorite funny people, Erin Gibson, on becoming a writer for Funny or Die!

7) Horatio Sanz dressed up as a luchador tries to fight drogas in NYC in his new web series Espanto. That’s all we need to say besides WATCH.

9) There is a thing called Network Awesome and they’re looking for ‘video people’.

12) I wonder who would get more heavily criticized this weekend: the person who writes how they thought the Avengers "suckd ballz” or the comedian who tries to make Junior Seau jokes?