1) The Comedy Awards taped last night and both Laughspin and Deadfrog liveblogged it.

3) PETE HOLMES IS A JEOPARDY CATEGORY! 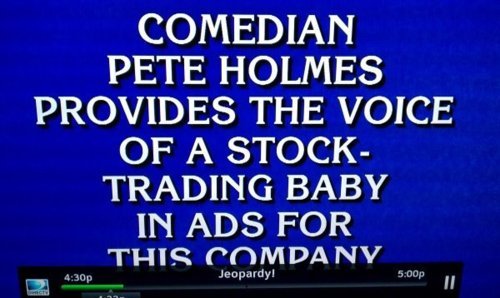 4) Days 1 and 2 of the LA Comedy Shorts Film Festival.

6) McSweeney’s got an open letter about “respecting” the audience during an improv show.

7) Jeff Dye’s Money From Strangers to feature Kurt Braunohler, Eric Andre, and more to make people in NYC do their bidding for a cash prize. This comes just in time for all who are grieving the loss of Cash Cab.

10) Of course, you can joke about people who just died, but just know that you’re going to seem like a real piece of shit if it isn’t funny.