1) Recently on late night, Matt Knudsen did his thing on Conan, Marc Maron told a story about handling an stalker/internet troll on Attack of the Show, and Joan Rivers was her hilarious self on Kimmel especially when talking about her aspirations for her grandson. Tonight, Ted Alexandro will be on The Late Show with David Letterman (CBS 11:35PM) Rob Riggle on Late Night with Jimmy Fallon (NBC 12:35AM), and Megan Mullally on Conan (TBS 11PM)

2) There will be “an extended sneak peek” of Comedy Bang Bang on IFC after the Portlandia finale on Mar. 9th. Get your live-tweeting parties together.

3) Please don’t stalk comedian Esther Povitsky like this guy. We think she’s funny and would like to have her around.

4) In new comedy movie trailer news, Jack Black gets Drowning Mona’d with Bernie and Johnny Pemberton gets brought in by the Neighborhood Watch of Jonah Hill, Ben Stiller, Vince Vaughn, and more.

5) We don’t know how far we’re reaching here, but those outside of LA, specifically in Portland and Korea (you’re not reading that wrong), respectively, should see two of our favorites Sean Patton this Friday Mar. 2nd at the Hollywood Theatre recording for a “special project” 9PM  and James Adomian bring his “populist satire” to Seoul March 2nd and 3rd 10PM.

6) Please watch the most recent Miss Wallflower USA Contest. It’s hilarious and no other set up is needed.

7) We’re excited for the upcoming Season 2 of Key & Peele, even if it’s already being called offensive comedy by someone who could be best described as “antiquated”. 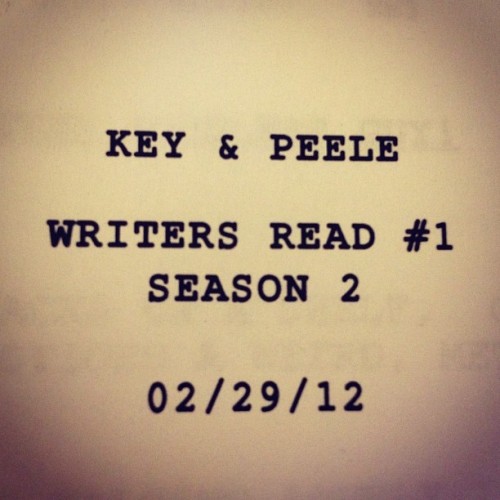 8) In new things/things being developed news, the Vacation film franchise is getting rebooted possibly with Ed Helms, there will be a new Muppets movie without the writing talents of Jason Segel, and Jesse Thorn has a new pop quiz show where laws do not apply, International Waters, with Paul Scheer, Janet Varney, and more.

9) In comedy interviews worth your time news, Joe Berkowitz breaks down the machine known as Tim and Eric for Fast Company better than anyone thus far and the very funny Jamie Lee chatted with and got written-up by the Greenpoint Gazette.

10) We got, count’em, two of our essays up on the Nerdist yesterday: Why and How You Shouldn’t Be Wasting Your Time Getting Mad at SNL and The Psyche Behind Making Dead Celebrity Jokes.

11) Apparently, a researcher in a Japan went to an American open mic, at least that’s what I think, and, as a result, developed a “shut up gun”.