1) Conan just got renewed through April 2014. Take that Mayans. 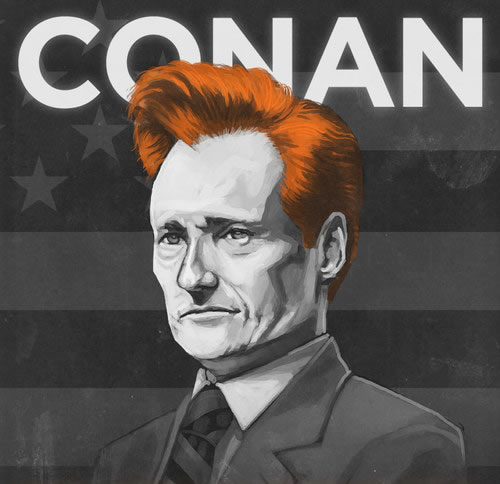 3) Tonight on late night, make sure to catch the hilarious Jay Larson on Conan (TBS 11PM)

4) As you might have heard from everyone you know, Community is back on NBC Thurs. Mar. 15th 8PM. Get your viewing parties ready.

5) The early deadline has passed, but the Bridgetown Comedy Festival is still accepting submissions. Get on that, if you want to perform at one the best comedy festivals in the country that is…

6) While Dylan Brody just did a recording this past Sun., the Spit Take listened to his latest album Chronological Disorder and found that you can still have not peaked in comedy, artistically, though already having a respected act several years in.

7) Ashley Tisdale has been cast in the CBS pilot that Louis CK is developing, which is surprising everyone. Given how poignantly unconventional CK’s projects are, we shouldn’t be surprised by anything by him anymore.

8) In the most recent interview with Kristen Wiig, David Letterman made it awkward when discussing Wiig’s next “all-female” comedy project.

9) You’re watching Nick Turner give the lowdown on temping in King Temp, right?

10) Check out our picks for this week’s 5 Most Intentionally Funny Videos for the Nerdist.

11) Just a reminder that we’ve extended the deadline for our tickets giveaway to Salute to Movie Night to Thurs. (that’s tomorrow) 5PM PST. Get your answers in for most deserving Oscar/Razzie winner to thecomedybureau@gmail.com for a chance to win and have your answer featured here at TCB.

12) Lent would be great if comedians practiced Lent and didn’t write any more Whitney Houston or Jeremy Lin jokes for 46 days.