1) Eddie Brill has now become the former comedy booker of the Late Show with David Letterman as a result of his now-infamous interview with the NY Times. However, along with Brill trying to explain the quote that was taken out of context about female comics, Bonnie McFarlane who is making a film called Women Aren’t Funny has since defended Brill in regards to women being funny.

2) Seasons 1 & 2 of Adult Swim’s Delocated just got released on DVD! 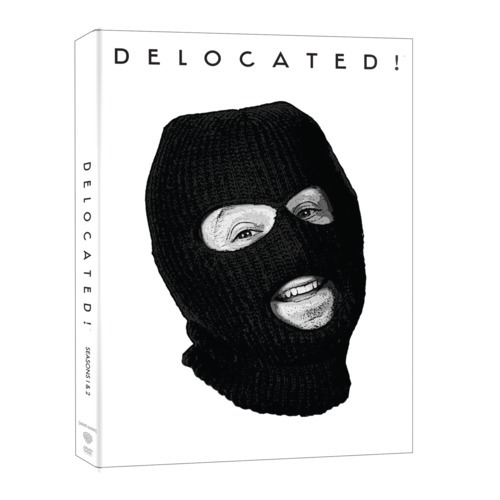 3) On late night tonight, Fred Armisen will be on Conan (TBS 11PM) and Ricky Gervais will be on the Late Show with David Letterman (CBS 11:35PM). Sure Portlandia and the Golden Globes will be discussed, but what about SOPA?

5) One of the coolest, funniest uses of Photoshop has got to be these “Movies from Alternate Universe” where movies from today were made in “the world of yesterday”…

6) This edition of Louie vs. Rick, the transcripts of text conversations between a cat and his owner, shows Hollywood all the rich humor it’s missing out on when it anthropomorphizes animals.

7) If you’re reading this, you have most certainly been on a never ending quest to find the funniest anything. Well, this essay we wrote for the Nerdist tells you why your efforts are in vain.

8) Our trailblazing-ly popular podcast, This Better Be Funny, decides to have a mystery guest for Ep. 7 because our huge following demands suprises. Also, as you’re already listening to a wonderful podcast, be sure to check out the latest episode of WTF! featuring Todd Glass announcing he’s gay because humanity and comedy come together.

10) I’m not sure how that’ll work, but live comedy should be thankful that the NBA still really hasn’t made it up to its fans this season.