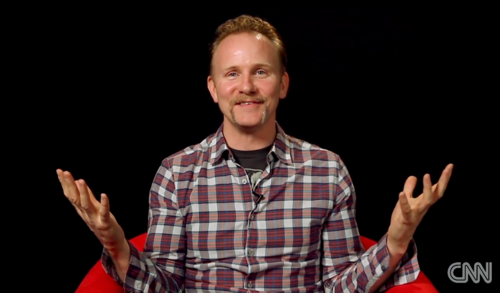 It’s almost too typical of a story you have filmmakers/people in comedy/artists that they had to sacrifice nearly everything to get to a place of success, but Morgan Spurlock, even in the face of horrifying debt, took even bigger risks to keep his film career going. He shared this and more in a candid interview with CNN.

Now, he’s one of the most recognizable names when it comes to documentarians and just released (limited) Mansome featuring Jason Bateman, Will Arnett, Zach Galifianakis, and more.