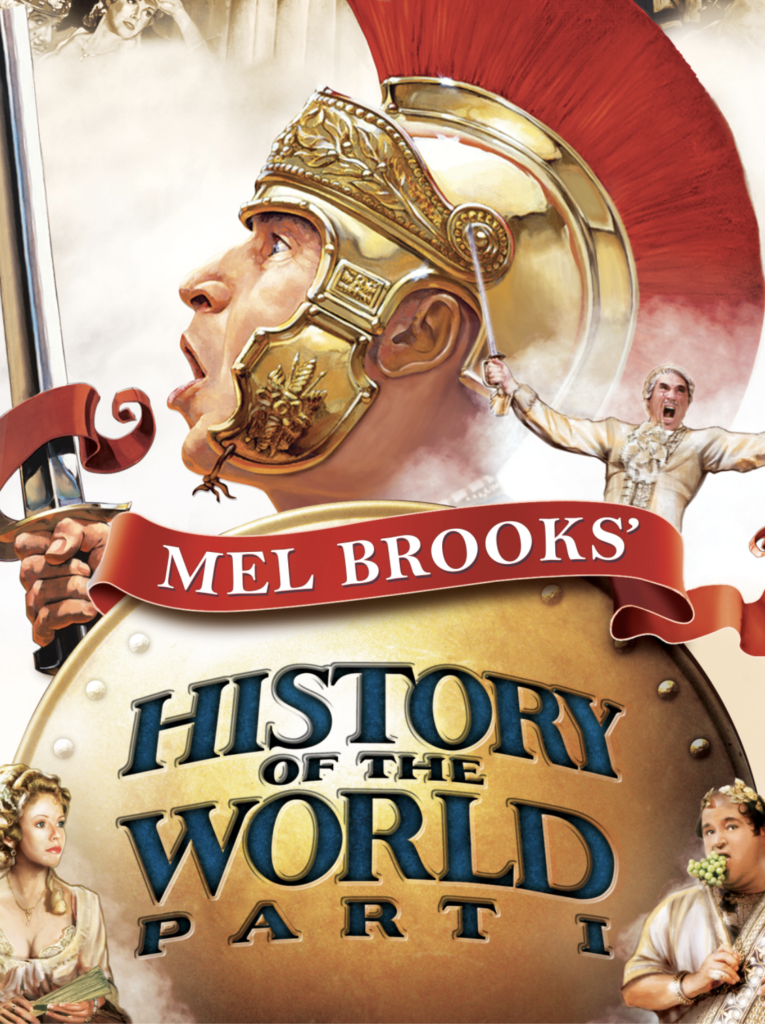 Almost more unbelievable than 1981 being 40 years ago, Mel Brooks is going to finally have the follow up to his History Part of the World Part 1 and it’s going to be a series on Hulu.

Says Mel Brooks, “I can’t wait to once more tell the real truth about all the phony baloney stories the world has been conned into believing are History!” We wonder how he’ll cover the rise of disinformation in the 2010s.

We’ll be throughly curious to see what Brooks’ sense of humor, which is so thankfully intact at his advanced age of 95, will be like in 2022. The first movie got mixed reviews, but, perhaps, something as ponderous as the history of the world, even in parody form, will be better presented as a series. Also, the mix of creatives involved should prove for a fascinating blend of generations of comedy. Including on the producing/writing team are such comedy luminaries as Nick Kroll, Wanda Sykes, and Ike Barinholtz to name a few and, with that in mind, we wonder if the series can go even bluer than the original movie.

We’ll just have to wait until later in 2022 as production starts in spring next year.

In case you are unfamiliar with Brooks’ History of the World Part 1, here’s the trailer.