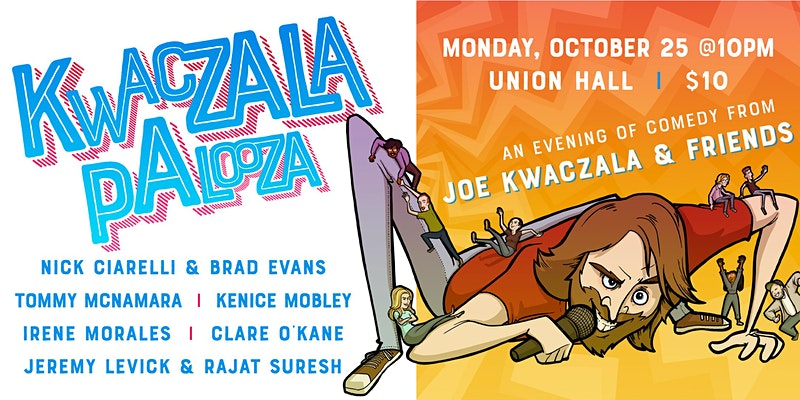 In the worlds of stand-up and sketch (and Rock N Roll Hall of Fame podcasts), Joe Kwaczala is favorite staple of the LA comedy scene for his sharply crafted and often collaborative absurdity (especially in his video short series that he’s done over the years, 31 for 31 and 21 for 21. His bringing that ingenious silliness to NYC next week at the one and only Union Hall along with many of NYC’s best that are artisans of the comedic arts themselves.

Called Kwaczala-Palooza (perhaps there will be a game with how many times fast you can say that?), Joe will be gathering the comedy stylings of:

That’ll all go down in Brooklyn at Union Hall on Mon. Oct. 25th at 10PM ET and tickets are only $10. If you’re not going to our anniversary show in LA on 10/25 because you’re in NYC, you really ought to go to Kwaczala-Palooza.