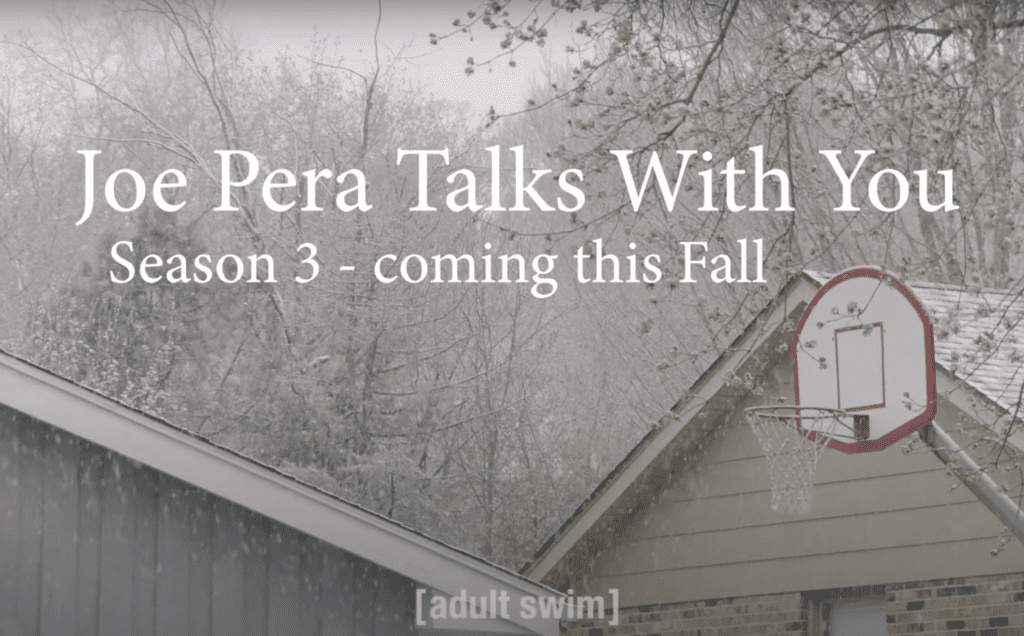 Arguably more soothing than the Great British Baking Show, Joe Pera Talks With You, over two seasons, has managed a magical blend of gentleness and mischief. Pera’s soothing vice and the often pastoral locales that Joe is in for the show make for an irresistible small town charm, though Pera’s wry cleverness is very clearly woven throughout every fiber of his show.

So, as terrifying as both 2020 and 2021 have been, at the very least, there’s another round of Joe Pera Talks With You to bring us just some much needed moments of hilarious peace. Adult Swim announced that the third season will be airing this Fall just today. Hopefully, the world won’t be too flooded and/or on fire by then.