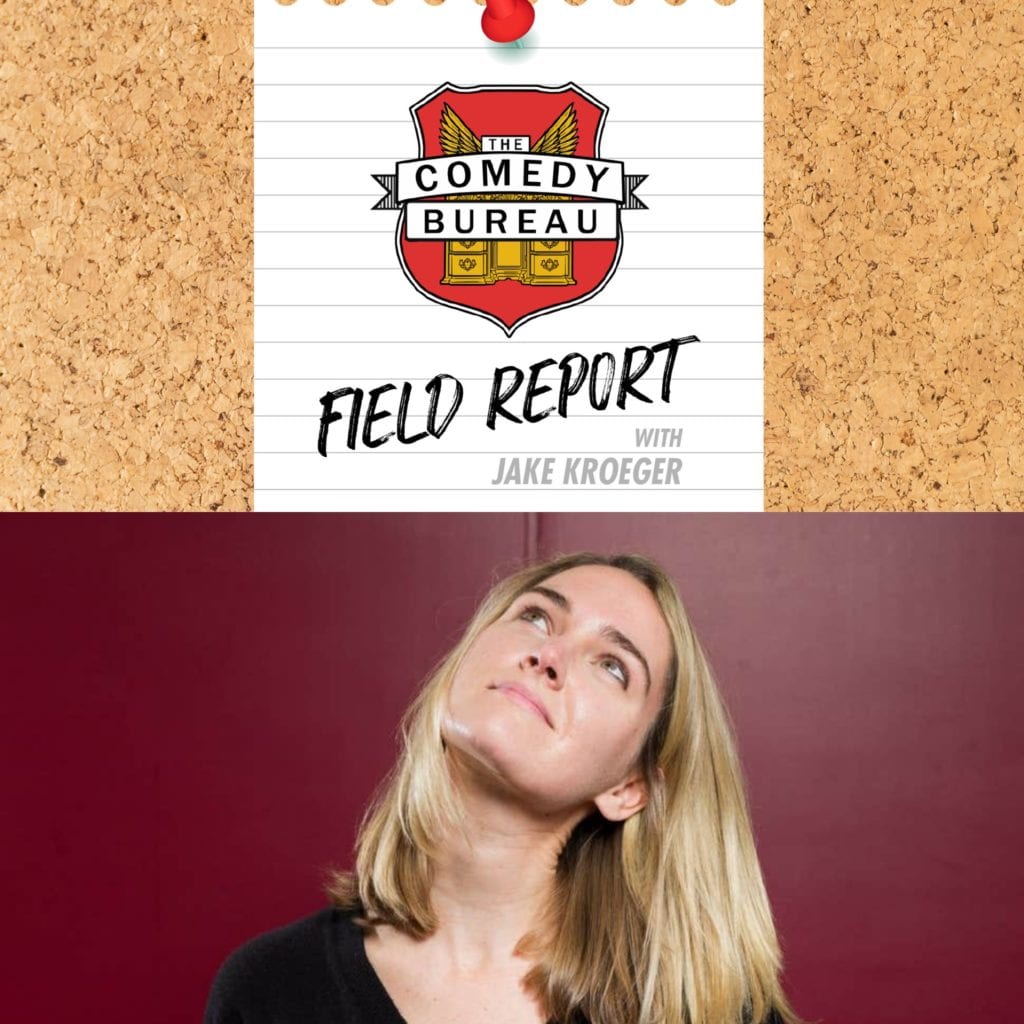 Jena Friedman (Soft Focus), one of the best dark comedians/humorists out there today, is TCB Field Report’s honored guest this week. As the pandemic has taken hold of Jena’s computer, Jena calls in on the phone with TCB’s Jake Kroeger and discusses the unfortunate luck of being right about the pandemic, some optimism about an eventual return of comedy, and some hints at what to look out for from Jena in the future when we have a vaccine. Also, they do some quick takes on being excited about the just announced Primetime Emmy nominations and Bridget Everett’s also just announced new HBO series, Somebody Somewhere.

Shout outs: I May Destroy You on HBO, I’ll Be Gone in the Dark, Supernatural with Ashley Flowers, Corporate on Comedy Central