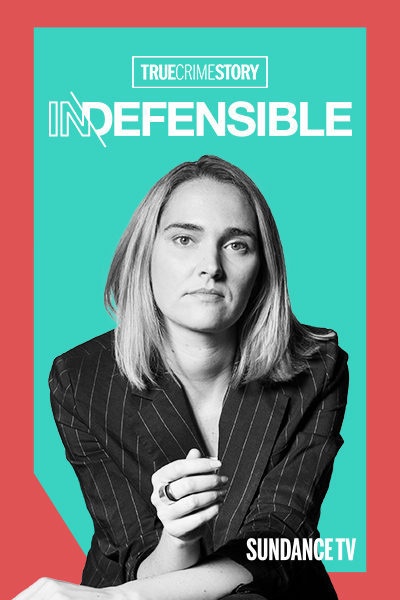 The genre of true crime is so popular at this very moment in time that it would almost seem that there was never a time where it wasn’t frequently the main focal point of casual conversations. As you probably very well know, comedy has even benefitted from such a boon as many of the top comedy podcasts often are the top true crime podcasts and, more importantly, are some of the top podcasts in general. My Favorite Murder and Last Podcast on the Left have earned such popularity that they’ve been able to go on global tours and launch their very own podcast networks on the strength of each of their individual following.

That’s all to say that the intersection of comedy and true crime has been very fertile ground for content over the last several years.

However, what about that ever-debated notion of whether comedy can actual make a difference, be funny and make a cohesive and incisive point, and move the needle towards making people’s lives better rather than just be more exploitative than not for some comedic shock value? We believe that Jena Friedman is doing the work to make that a reality, most recently, with her brilliant series, Indefensible with Jena Friedman.

Firstly, she focused her whole set on Conan in 2019 to this obsession with true crime, especially in regards to women since stories of serial killers and mass murderers paint a truly terrifying world that we live in. Following that, Jena has gone several extra miles to not just source comedy from the tragedy that are all these stories of harm, but satirically, yet cogently highlight the most toxic corners of humanity and why we need to not let such things happen again. Unfortunately, this isn’t always the case in comedy when joking about serial killers.

This journey continued with a couple of specials under the banner of Soft Focus with Jena Friedman over at Adult Swim where she got to cleverly get under the skin of such infamous figures as John McAfee, the ex-tech-mogul-turned-international-fugitive during a face-to-face interview.

Indefensible takes Jena’s work to whole other level as she has the canvas of an entire series to dissect the literally fatal flaws in our legal system as well as the ever present biases that prevent proper justice violence against the most vulnerable in our society.

Also, she gets to make dick jokes at high powered lawyers’ expense to their face, leaving them befuddled as if they just found out that they were on some high brow prank show (note that Jena did write on Borat: Subsequent Moviefilm).

It’s very satisfying and hysterical and something that no real true crime or hidden camera comedy sketch show has ever done to our knowledge (save for Colbert at Bush for the White House Correspondents Dinner). The resulting effect is a demystifying of the oft-unquestioned authority of prosecutors, defense attorneys, and the legal system as a whole and some of the most engrossing, hysterical real life moments on TV. The way that Jena almost effortlessly allows some of her interviewees to corner themselves is truly masterful and is absolutely must-watch TV.

At the same time, she takes great care to respect the voices and privacy of the victims, many of whom did not get the justice that they deserve and speaking to many experts in the field about why, again, justice isn’t being served when it most certainly should be. As we hinted at above, this isn’t just about punching up at people who deserve it for a good laugh, but, as Jena has done in all the time that we’ve known her, trying to make a tangible difference for a clear and present danger.

We can only hope that she gets renewed for several seasons so she could can keep doing her important work on behalf of the voiceless and marginalized and crafting and telling some of the best dark jokes in comedy history.

You can now stream episodes of Indefensible with Jena Friedman on Sundance TV.