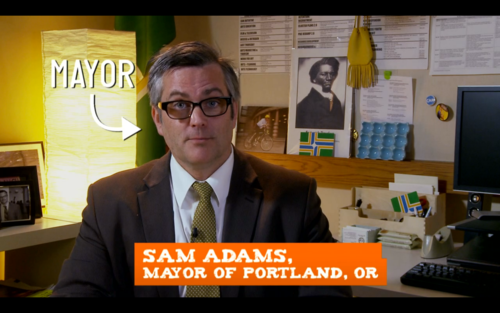 There’s no slinging of dirt and who went back on their word in the past, mostly because this ad for Portlandia on IFC to be considered for an Emmy has nothing to do with politics. Still, actual Portland Mayor Sam Adams, who is actually in the series with fictional mayor Kyle MacLachlan, giving a sincere and quirky request for Emmy votes is much better than “Amercia”. (via Splitsider/PopCandy)