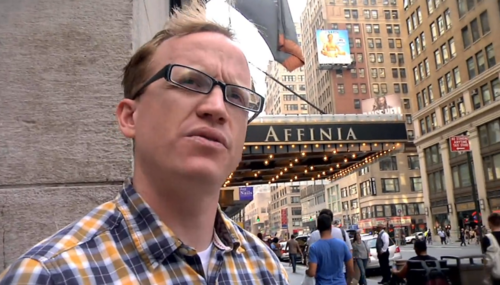 As part of being adopted by IFC, Chris Gethard went out to the streets of NYC, right under a billboard announcing his collaboration with IFC, to see if anyone now recognizes him, especially with a billboard of him a few feet away. Apparently, people have a hard time making the connection between the billboard and Gethard.